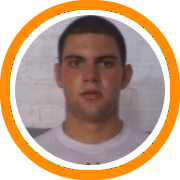 St. Andrew’s has won two consecutive NEPSAC championships and a total of six under the direction of Head Coach Mike Hart.  Meanwhile they have produced high major products like Connecticut’s Tony Robertson, Providence’s Jonathon Kale, Syracuse’s Demetrius Nichols, and most recently Boston College’s Rakim Sanders.  And while this year’s team may not feature any future high major players, this group has all the components necessary to go for the three-peat.

The first component of any championship level team is a go-to player, and St. Andrew’s clearly has that in Mike Culpo.  He shoots the three, he pulls up off the dribble, and he goes to the rim.  There isn’t much he doesn’t do.  If that weren’t enough he also has a history of making big shots (just act Proctor Academy who lost the NEPSAC championship two years ago on a Culpo buzzer beater).  Currently, the talented guard lists a group of would-be suitors including Columbia, Sacred Heart, Boston University, and New Hampshire.

6’6” forward Brian Hanuschak is another player who appears poised for a big year.   During Tuesday’s workout he demonstrated an improved ability to handle the ball, enough athleticism to finish above the rim consistently, and the versatility to score on the post or the perimeter.

Although Culpo and Hanuschak will have to adjust to new and increased roles, their productivity is in little doubt as both players are veterans who started on last year’s championship teams.  If this year’s team is to repeat the success of St. Andrew’s teams of old then it will need consistency from the rest of their roster.

First among that group is a pair of junior guards in Mike Accaoui and Nyheem Sanders, who will need to step up and fill the shoes left vacant by their brothers (Joe Accaoui is a freshman at Vermont and Rakim Sanders at Boston College).  Michael Accaoui is a fantastic spot-up shooter who will have to prove he is capable of running the team from time to time.  Sanders is a physically powerful and athletic guard who is at his best in transition or when attacking the rim.

Ndubisi Ezeigwe and Russell Deremer are likely to compete for the final starting spot in the middle.  Ezeigwe is a more traditional interior player who shows a nice arsenal of moves with his back to the basket, while Deremer is a 6’6” lefty who can stretch the defense with his long range shooting.

Manny Odugbela is a 6’3” swingman who should be the first perimeter player off the bench.  Coach Hart credits his senior with improving a great deal over the summer, as he is now a much more versatile offensive player then ever before.  Myles Brilhante is a 5’9” freshman guard who could also see some action off the bench.  The youngster is a heady guard who can make shots from the perimeter, get into the lane off the dribble, and find his teammates in the open floor.

Overall, this team may not have a high-major superstar or a ten player rotation, but they do have experience and enough talent to get the job done.  And until someone proves otherwise, they are still the team to beat in Class B.