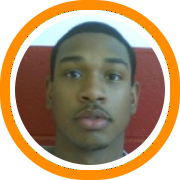 In one of the farthest northern points in the country lies Lee Academy, a prep school who is about to begin their third season with a post-graduate basketball program.  The growth has been slow but steady as Head Coach Carl Parker continues to build a program that can challenge some of the region’s best.  This year Coach Parker will rely heavily upon a backcourt that features two returning point guards as well as a newcomer who is making a big impression.

Nate Tomlinson headlines the cast.  The 6’3” Australian native has a terrific presence at the position as he is an extremely confident floor general.  In the next few weeks he is scheduled to visit UNLV and Colorado officially.

Dorian Williams is another guard who will help to anchor the team in his second year on the squad.  Williams is a versatile offensive player and a lock down defender who is likely to guard the opposition’s best perimeter scorer.

6’1” Chris Bass will likely fill the other starting spot in the back-court as his defense has also been praised by Coach Parker.  Bass is the younger brother of Brandon Bass, the 6’8” power forward who roams the paint for the Dallas Mavericks of the NBA.  Chris may not have been blessed with the same size as his older brother, but he is equally tough and extremely quick on both ends of the floor.

Coach Parker says he has four interchangeable parts at the center and power forward positions.  Tops among those is 6’9” Samer Jassar, an Israeli native who he calls “an intelligent defender who can score points by out-running and out-jumping people.”  Next is Connecticut native Chris Baskerville, who has already committed to Central Connecticut State University.  Baskerville has been playing outstanding basketball since arriving in Lee as his intensity and quickness have overwhelmed the competition thus far.  6’9” Aron Walker, who arrives from Sweden, is another player who should see some minutes on the interior as should 6’7” 250 pound Ethan Anderson who is the team’s best low post scorer.

6’3” Chicago native Tim Johnson and 6’5” Casey Fox from Novia Scotia are two extremely athletic wing players who can provide a spark off the bench.  Both are scholarship level players and Fox is said to be so athletic that he can high jump 6 feet and 9 inches.  6’5” Marin Zelalija from Croatia is the team’s zone buster as he can flat out shoot the ball.

Also expected to contribute to this year’s team will be: Gil Melchior, a hard-working dribble drive player; Maine native Brandon Tomah who has impressed with his versatility and defensive abilities; 6’2” guard Sydney Surrett from Los Angeles; and 6’2” guard Larry Grant from the Bronx.

Like many other teams this year, Lee Academy is a team whose strength will lie on the perimeter while their Achilles heel is clearly in the post.  But if the big men can at least play their competition even, then their backcourt is talented enough to keep them in the game against some of the best prep school team’s the region has to offer.