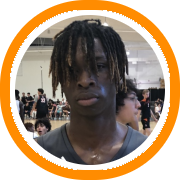 Its a new day in AAA. For the first time in Nepsac AAA History, we will have a downtown Boston team competing. Former NMH assistant coach Jackson Johnson is in his first year at the helm of the Newman School, who are looking to make an impact from Day 1, after moving up from Class D last year. Johnson will be joined on the sidelines by veteran coach LJ Harrington, and Northeastern Grad (and Boston native) Jeremy Miller.

1. They are looking to compete from day one.

Despite NEPSAC AAA being as tough as it is, Newman is not looking for moral victories this season. Head Coach Jackson Johnson has assembled a roster with multiple Division One prospects and others who have the potential to be at that level one day.

2. Toews will be steadying the ship at the point guard position.

Luka Toews transferred in after playing at Northfield Mount Hermon last season. The junior has handles, vision, and IQ to effectively run a team. He is a threat to make open standstill treys as well. Toews already having experience in NEPSAC AAA will be an important factor too.

Ryan Mela and Finley Sheridan established themselves as division one players. Mela, a 2024 prospect, had a breakout July on the Under Armour Next circuit with Middlesex Magic. He is an explosive and versatile scoring forward who rebounds. Sheridan is a 2023 prospect already committed to Stetson. The skilled interior scoring big man also gets after it on the glass and has upside as a three-point shooter.

1. How will they compete as a completely new team?

This is a team that has never played any official games together. As a result of this, the chemistry could take some time to truly come about. Open gyms certainly are helpful, but it will be a whole new ball game once the lights come on for the first time in New Haven.

2. Who will be their leader?

Coach Johnson will be looking for someone who can be a coach on the floor for them. Toews is the most likely candidate as their floor general and the experience he has, but there are certainly others who could arise as well. With many ups and downs coming in year one as a program, leadership from someone besides the coach will go a long way in them coming out stronger during those times.

3. Which under the radar players will emerge?

While the headliners on this team are Toews, Mela, and Sheridan, there are a few others with the potential to break out. Khalil Badru is an athletic 2024 wing who is an extremely active/versatile defender. Hudson Geremia is a sharp shooting 2024 wing with good size. Julius Joseph-Brown is another 2023 wing prospect who brings experience against high level competition after spending time with UPlay Canada on the Nike EYBL circuit.