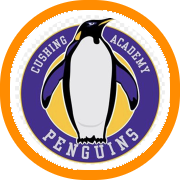 Cushing Academy had a very good year last season. They won 20 games and made it to the NEPSAC Class AA semifinals. A berth into the National Prep Championship was earned by them as well. With multiple key pieces back, they are hoping to take things to a new level in 2022-23.

Adrian Uchidiuno, Luke McEldon, and Marvin Musiime-Kamali were all regular contributors to last year’s team. They are headed to Brown, Santa Clara, and Akron next season. Uchidiuno has good size and length at the guard spot while also being difficult to keep in front of with his burst off the dribble. McEldon is a wide-bodied big man who is effective around the basket as a scorer, passer, and rebounder. Musiime-Kamali, a forward, brings defensive versatility, a growing offensive skill set, and top-notch intangibles.

2. Margoupis ready for an elevated stage

After having a standout season last year at Marianapolis Prep, forward Jack Margoupis decided to play his last year of prep school ball at Cushing. He will help the Penguins in several different ways. The Albany signee is a smooth long-range shooter, threat to attack the rim, while also providing rebounding value.

3. Okorie will be running the show

Ebuka Okorie earned meaningful playing time on last year’s team as just a freshman and looks to be on a D1 track. The point guard has a terrific feel for the game, can make shots when pulling up, and defend using good length/lateral quickness. It will be interesting to see how he performs in his expanded role.

1. Could Bledsoe take a leap this season?

After not being a featured piece in 2021-22, Nate Bledsoe had a solid offseason on the AAU circuit as well as in the June NEPSAC showcases. He can make three-pointers on spot-up/pull-up attempts and draw charges at a good rate. It would be a welcome sign for this squad if Bledsoe can translate his offseason play into the prep school season.

2. How will Coach Cormier use Hochberg, Smith, and Kwiecinski in the rotation?

Three talented newcomers are forwards Harrison Hochberg, Luke Smith, and Nate Kwiecinski. Hochberg is a physical forward who can stretch the floor from deep and rebound. Smith can hit three-pointers but also has ball skills to take defenders off the bounce. Kwiecinski will bring more shooting as well as intellect to regularly be in the right spots on both ends. With this team being so deep at the forward position, Coach Cormier has a good problem on his hands.

3. Who will be their closer in big moments?

While it is clear this team has a lot of depth, it will be interesting who will get the ball in crunch time now that Chase Ross is off to Marquette. The best playmaker on the team is Okorie, but he is only a sophomore. Another prime candidate with his experience and quickness is Uchidiuno. It will be important for someone to succeed in this role given the number of tight games they most likely will play in.