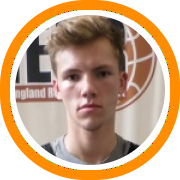 Putnam Science Academy may not be fighting for a NEPSAC championship (they aren't in the NEPSAC), but they may be fighting for something much more important, and no we don't mean the National Prep Championship (although they are certainly expected to be among the contenders).

Putnam Science Academy is fighting for their school...very literally.

18 months ago Putnam Science Academy was officially closing and head coach Tom Espinosa and his staff set to start a new program at nearby Woodstock Academy.

That all changed when a new investor stepped up and purchased Putnam Science, but at that time it was far too late to generate any type of enrollment for the coming year. Consequently, the PSA basketball players were the only students on campus last year, which wasn't without its benefits as they had unparalleled access to teachers and resources.

Things are changing this year though and it is immediately noticeable when you arrive on campus. There are more students, improvements to the facilities and physical plant and even more basketball players as the Mustangs will sport both a national and regional team for the coming season.

In many ways, Putnam Science's process is reminiscient of what South Kent went through almost 15 years ago now as they used basketball as a vehicle to market and promote their entire school.

PSA certainly has the pieces to do it, beginning with Hamidou Diallo - now the top ranked player in New England and one of the most explosive athletes in the entire country. His backcourt mate, Eric Ayala, is a player that continues to climb national lists in 2018 and rightfully so as he's continued to take his game to new levels and done nothing but win in the process.

Other key returners including senior guard Jaheam Cornwall, a second year point guard from New York with a collection of division I scholarship offers to his name, and Darnell Brodie, a junior big man who is an emerging mid to high-major target himself. Senior guard Brandon Hurst, a Hartford native with an intriguing combination of athleticism and skill, also returns from last year's squad.

The newcomers will help boost the team's frontline beginning with Isaac Kante, a 6-foot-8 big man from New York who starred with the New York Lightning on the EYBL circuit, and Malik Ondigo, a 6-foot-10 center from Arizona with a very high ceiling. Lapri McCray-Pace, another post-graduate, provides power and toughness on the wing.

There is a distinct local theme to the rest of the newcomers. Akok Akok has been the big winner of the first week of the recruiting period with new offers from Iona, UMass, St. Bonaventure, Oregon State and Rutgers coming in the first four days alone. Fellow sophomore Tanahj Pettway also landed an offer from Iona on the first day of the period and provides another weapon in the backcourt. Chris Wright and local Putnam native Dan Porcic add more talent to the 2018 class.

A series of local products coming off storied high school careers are all getting their first taste of prep school level competition as well. Robert Durant (Wilbur Cross, CT), KeAndre Fair (Weaver, CT), Adham Floyd (St. John's, MA) and Isaiah Laurent (New Mission, MA) all played on some of the best high school teams in New England state associations and are now all here fighting for both playing time and scholarship offers in their post-grad season. Rhode Island native Nate Patenaude is in the same boat while Kasey Walker might also contend for a spot on that varsity prep team.

While Putnam's most well-known players are all big names, the addition of the program's second team also makes this a must-attend gym for local division II and III coaches. Many Warren, Jordan Pettway, Alex White, Lance Amir-Paul, Stephan Jean, Alec Economos and Liam Jacobs are all definite college players and hoping to play their way into the scholarship discussion as the year goes on.

Overall, competition is the theme at Putnam Science Academy this year. They're competing for minutes, for scholarships, potentially for a national championship and most importantly, to put their school on the map.