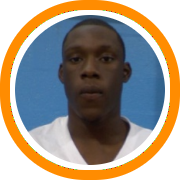 The first thing that jumps out at you when you visit Notre Dame Prep for an open run is how hard the players are going at each other.

Each and every one of them is giving 100%, because they know if they don’t there is a better than average chance that head coach Ryan Hurd will kick them off the court before they have a chance to play the game out.

And while effort and intensity are clearly the central themes of Notre Dame’s pre-season, another is development.  This year’s team may not have a Michael Beasley, Will Blalock, or Ryan Gomes, but they have a seemingly endless rotation of athletic and attacking players, many of whom have already made significant strides in the month that they have been in Fitchburg.

The team doesn’t have a prototypical back to the basket post player, but they do have two high-major big men who will thrive in their full court system.

Ron Giplaye returns to Notre Dame for his second season after having committed to Providence this summer.  The local product has been an absolute beast all fall, throwing people around in the paint while also demonstrating his newly developed skills facing the basket.

Baltimore native Cleveland Melvin is an absolute freak athlete.  At six-foot-eight he gets his head on the rim, runs the court like a deer, and has unrivaled mobility.  Notre Dame fans can look forward to a number of highlight reel finishes from the Cecil Kirk AAU product during the upcoming season.

Barton may not get the same level of recognition as his brother, Brewster Academy’s Will Barton, but he’s shown so far this month that he can hold his own with just about anyone and should be a valuable asset in Notre Dame’s attack.

The ball will likely be in Jett’s hands.  Minnesota native is a poor man’s Khalid El-Amin with a stocky and strong body, an instinctive playmaking sense, and the feel for the game of a veteran.

Samuels is the prototypical New York City swingman who is relentless attacking the rim with his dribble penetration and able to create his own offense at virtually any given time.

But Notre Dame’s true strength in the backcourt goes beyond a few talented playmakers and instead lies in the endless wave of athletic talent that they can throw at you.

Mike Glenn, Andre Armstrong, and Mike Forrest best epitomize the daily development that Hurd and his staff are emphasizing and seem to be earning bigger roles every day because of it.

Massachusetts native Tyler Strange has been playing some gutsy basketball this fall and appears poised to earn some minutes in the back-up point guard position while shot makers Levi Noel and Sean Armond will warrant their minutes with their ability to stretch the court.

Antoine Myers may be the team’s best perimeter defender as well as someone who is tailor made for the pressing, attacking style this team will surely play.  Fitchburg native Hamed Akanni has also showed well since arriving and could earn a spot in the rotation with his toughness, grit, and excellent defensive ability.

Darrell Ward Jr. could potentially be the only true big man to come off the bench, so he’s likely to see some minutes, while New Hampshire native John Grenier will serve as a heady role player who can also help to space the court.

Ultimately, this team’s biggest weapon is their depth.  When it’s all said and done there could be as many as ten division I players to come from this team, and with that many weapons once again wearing the Prep jersey this could be another great year in Fitchburg.