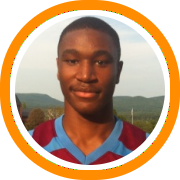 The defending NEPSAC AAA champions opened the contact period with a crowded workout on Sunday morning as they hosted nearly 20 different on-looking college basketball coaches.  The New England Recruiting Report, accompanied by BALLAS TV, was also on hand to take in the action.

The 2011-2012 season will go down in the record books for Northfield Mount Hermon, as they finally climbed to the top of the mountain, capturing the highest prize in all of the NEPSAC.

With six players returning from that championship team, along with a lengthy list of talented newcomers, NMH will once again look to make a run to a New England title.

The returning core includes four seniors, two of whom are already committed to the Ivy League in Pete Miller (Princeton) and Anthony Dallier (Yale).  Sam Donahue was probably the most pleasant surprise on last year’s NMH squad but won’t catch anybody by surprise this season while Skyler White could rival Donahue as the team’s top long distance marksmen.

NMH head coach John Carroll has added to his veteran core by bringing in three post-graduates in Harvard bound big man Zena Edosomwan, six-foot-seven forward Josh Hearlihy, and point guard Mike Fleming.  While all three are expected to make big contributions this year, it is Edosomwan’s presence in the middle that will give NMH another dimension.

While NMH’s frontcourt was a huge asset for them last year, they lacked a physical presence such as Edosomwan, who possesses both the strength and athleticism to physically hold his own against virtually any big man in the country.

Of course, it wouldn’t be Northfield Mount Hermon if there weren’t a stable of big youngsters waiting in the wings for their opportunity to shine.  Lexington High School transfer Josh Sharma is tops on that list this year and he showed it on Sunday morning with a couple of high level plays to scream of his athleticism and upside.

There is also youth to work with in the backcourt as both Victor Udoji and Jashanti Allen return from last year’s team while Daquon Ervin and Ian Sistare provide two more highly talented local products to add to the equation.

Put the pieces together and this year’s Northfield Mount Hermon team has many of the characteristics we’ve come to expect from the NMH program: a plethora of size and length; tremendous depth; and a great balance between experienced veterans and up-and-coming young talent.

Whether that’s enough to take their second consecutive New England Class AAA title is a question that only time will be able to answer.