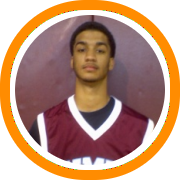 In the three years since John Carroll officially took over the program from longtime head coach Bill Batty, this is by far the most talented team we’ve seen at Northfield Mount Hermon.

“This is easily the most talent we’ve had here since 06-07,” said Carroll, who was Batty’s long time associate head coach and recruiting coordinator before officially taking over the program.

“We are very comfortable with our ability to play two guys at each spot, our size, and our shooters,” he said.  “We also have the point guards to handle the ball better than in years past and this is easily our best defensive team in years.”

And that may be this team’s greatest strength…their lack of a glaring weakness.

Last year’s team was one that was capable of shooting any opponent out of the gym on any given night.  But their roster had some noticeable holes with a lack of a pure point guard, frontcourt depth, and a slasher who could create his own shot at the end of the shot clock.

This year’s group maintains the shot making prowess from a season ago while also improving upon many of their weaknesses.

The most important addition to this year’s roster could be Aaron Cosby, a 6’2” junior point guard from Louisville, Kentucky.  Cosby fills two big needs for NMH by giving them an undeniable floor leader as well as someone who has the individual talents to create for himself and his teammates when the offense breaks down.

NMH also features a brand new frontline with 6’11 junior Vince Van Nes and South Kent transfer Majok Majok.  The duo gives NMH an interior dimension they haven’t had in the last three years, while also providing the size and athleticism up front that is a requisite for any team hoping to contend in Class A of the NEPSAC.

While NMH has certainly enhanced many areas of their roster, this team is definitely still capable of hanging their hat on their ability to make shots.  Returning starters Laurent Rivard and Hector Harold lead the way in that department while Chris Fitzgerald will be able to come off the bench and stretch the floor from the four-spot.

Harold could be poised for a particularly strong season.  The California native has added some new dimensions to his game since last year and while he’s as good coming off screens as anyone, he’s also much more of a threat now to put the ball on the floor or take a smaller defender to the low post.  Combine that with the fact that this year’s offense should presumably include more dribble penetration and post-ups then last year’s and Harold will have more space to work with and more close-outs to attack.

Another returning starter who should have a big year is Harvard bound swingman Matt Brown.  Brown did his best to fill in at the point last year but figures to move back off the ball this season and that should allow him to be more aggressive looking for his shot.  He made one terrific move during last week’s open gym, blowing by his defender by crossing through his legs before finishing on the opposite side of the rim with his left hand.  Brown was the team’s best perimeter defender a year ago and his ability to lock up should again prove to be a major asset this year.

With Cosby, Brown, Rivard, Harold, Van Nes, and Majok, NMH has a terrific six man unit with the potential for a revolving starting line-up depending on the match-up.

NMH’s depth is also much stronger than last year’s.  While one of those previous six players could end up being a phenomenal sixth man, that’s just the beginning of a talented bench.

Fitzgerald anchors the second unit’s frontline with his shot making, while Matt Goode and Lucas Van Nes give Coach Carroll a couple of other big bodies to play with.  Clancy Rugg and Evan Cummins were two guys who were particularly impressive for the open gym we watched.  Rugg was shooting the ball out to the three-point line while Cummins was scoring on the block, running the floor, going to the glass, and showing off a bulked up frame.

In the backcourt, Josh Elbaum figures to be one of the better back-up point guards in the league while Joe Sharkey offers versatility and playmaking at either guard spot.  Tommy Carpenter is a young swingman with a bright future.  He has great size for the wing, shoots it well, and is super clever off the dribble.  Greg Payton is another versatile wing player who could contribute.

On the whole Northfield Mount Hermon isn’t ever going to be the most talented team in Class A of the NEPSAC, but this year they have enough weapons to be amongst those schools capable of contending…and three years in, that’s all Coach Carroll is looking for.