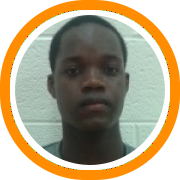 Basketball at Marianapolis Prep is a family affair.

Former head coach Dave Vitale brought the program to levels of success never seen before, before turning the reigns over to his son, Andrew Vitale, who now enters his third season as the program’s head coach.

Regardless of which Vitale is on the sidelines, there are certain things we’ve come to expect from this club.  First, they’re going to be tough and hard-nosed.  Second, they’re going to maximize their talent.  Third, and perhaps most importantly, they are going to rely on their trademark 2-3 zone defense and be as difficult to score on as anyone in the NEPSAC, almost like a mini Syracuse.

As for their personnel, this year’s club has some very clear depth along with two experienced and talented seniors in the frontcourt in Bobby Ahearn and Eric Long.

Ahearn is a six-foot-six forward and highly versatile offensive player who can put points on the board both inside and out.  He had a very big summer with Metro Boston on the AAU circuit and made a subsequent commitment to division I Binghamton only days after the evaluation period came to an end.

Long is a longtime product of Team Scan, a New York City based Nike EYBL program.  The six-foot-six forward is versatile, rugged, and extremely tough.  He’s an excellent rebounder, good scorer, and the team’s best defender according to Vitale.

Another returner who looks poised to take on an increased role is sophomore Eric DAguanno.  The six-foot-four swingman is well known for the quality of his outside jumper, but looks truly poised to emerge as one of the better three-point shooters in New England this season.

Senior guard Travis Descoteaux provides another returning contributor who can help extend opposing defenses with his three-point shooting while Ciamaka Browne is a versatile six-foot-three guard from upstate New York who will provide a complimenting slasher.

The team’s starting point guard is likely to be Eric Murdock Jr., a post-graduate from New Jersey who arrives with the type of presence and poise that will allow Vitale to depend on his decision making skills with the ball in his hands.

Ryan Bernstein, a repeat junior in his first year at MP, will also play valuable minutes at both guard spots.  Bernstein fits the Marianapolis prototype as a scrappy and competitive kid who is going to give his best effort on a daily basis.

Six-foot-five forward Isiah King may be the early favorite to hold down the fifth starting position as his size, length, athleticism, and motor allow him to fill a variety of roles for this squad.  Six-foot-four southpaw Devin Springfield is another dependable option on the wing.

Finally, the arrival of six-foot-six sophomore Dominique Senat, the younger brother of former MP star and current Wagner big man Greg Senat, will provide valuable depth up front and a talented young prospect to pair with D’Aguanno as the bridge to the future.

Put it all together, and this is a group that should once again be in the race for the post-season in the deepest Class that NEPSAC basketball has to offer.