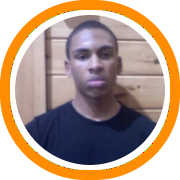 Having won titles in four of the last five years, head coach Whit Lesure’s club has established themselves as the standard by which others are judged.

But Lesure n’company begin this season with the X placed squarely on their backs due to their past success, and with a brand new roster and coaching staff on board, it remains to be seen if anyone but the head coach truly understands the depth of the challenge in front of them.

“My experience has been you’ll see a marginal difference between the most talented teams and the bottom half of our league,” Lesure said.  “I like talent a lot, but I like team more.”

That’s exactly what Bridgton has prided themselves on over the years as they haven’t always been the most talented team in the league on paper in September, but have often been the last team left standing come March.

“The speculation and anticipation is all part of it but rarely means a whole lot,” Lesure said.  “Mostly the reports show others schools have better recruiters than me.”

This year’s Bridgton roster is led by California native Alexander Harris.  The silky smooth six-foot-two combo-guard is a versatile two way player with a great feel for the game.  He has the talent to emerge as an impact player in this league and will need to if Bridgton hopes to duplicate their past success.

Big things are also expected from Thierno Niang, another guard who comes to Maine by way of Senegal.  Niang is said to be one of the most talented players on the Bridgton roster but has been held out by injury since arriving earlier in the month.

Chance Jones and Paul Dick are two other guards who could emerge as scorers this season.  This year’s Bridgton team certainly carries its strength on the perimeter and so it’s a good bet that they’ll play multiple guards together on the perimeter.  Jones is a Tennessee native who can make open shots or finish at the rim while Dick is a patented shot maker from Ireland.

Dashun Wiggins from the Bronx and TeAndre Hubbard from California are two other guards who should find a spot in the rotation.

Lesure has a couple of different types of options to use on the wing.  Ruben Kanya is the type of guy who typically thrives at Bridgton.  The Canadian native plays exceedingly hard, has noticeable toughness, and is a jack of all trades type on the flooor.  Kevin Anthony and Addison Williams provide two long and athletic players who can get out in transition, play on the perimeter offensively, and guard multiple positions defensively.  Local product Derek Mayo could also prove useful with his high I.Q. and understanding of how to play the team game.

Ron Blossomgame anchors a trio of interior players who will roam the paint.  Standing at six feet and nine inches off the ground and weighing in at 270 pounds, the Atlanta native is practically immovable in the paint and knows just how to use his size as well.  Justin Miller is another big body off the bench who is more than capable of throwing around his size inside.  Rhode Island’s Jeff Schmeltz is the most versatile interior player and could cause match-up problems with his mobility and high motor running the floor and getting on the glass.

Ultimately, this year’s roster may not have names like Justin Burrell or Malik Stith, but perhaps the most notable missing piece of the puzzle is Lesure’s long time assistant coach Al Lewis, who has moved on to become the head coach and athletic director at the Storm King School in New York.

“From what I understand my new assistant [Tim Atwood] teaches a good history class,” Lesure said, “but he’s got the biggest shoes to fill here whether he knows it yet or not.”

Atwood certainly isn’t alone as history has created the pressure of expectations for this year’s Bridgton Academy team.  While it remains to be seen if this year’s squad can claim the school’s fifth NEPSAC title in the last six years, what can be said with relative certainty is that this team will play hard, be well coached, and continue to improve over the course of the season…just like every Bridgton team that has come before them.