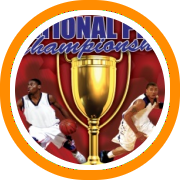 The sixth annual National Prep Championship will tip off on Tuesday afternoon with the nation’s premiere post-graduate programs competing for the undisputed national championship.  Here’s a look at what to expect:

St. Thomas More came within one possession of taking the NEPSAC AAA crown on Sunday, and less than 48 hours later they’ll return to the court looking to defend last year’s national championship.  While the Chancellors don’t feature a single player who was present from last year’s club, head coach Jere Quinn always seems to have his team ready to go for the national championships, and will be looking for his third straight trip to the Final Four.  As for Notre Dame, Ryan Hurd’s club has one of the most explosive backcourts in the country with Myles Davis, Sam Cassell Jr., and Adonis Filer, surrounding international sensation Steven Adams in the middle.

Brewster Academy saw their undefeated season come to an end in last week’s NEPSAC semifinals and will presumably be looking to exact some revenge this week.  That’s a scary proposition for the rest of the field as head coach Jason Smith has a multitude of weapons at his disposal including the likes of Mitch McGary, T.J. Warren, Jakarr Sampson, Aaron Thomas, Semaj Christon, and many others.  Massanutten Military Academy will be making their debut performance in the National Prep Championship as first year head coach Chad Myers already has the program operating at unprecedented levels.

Tilton got bit by the injury bug at just the wrong time and have been without Wayne Selden for the last few weeks.  Even without the sensational sophomore, the Rams are still capable of beating anyone in the country thanks to the interior tandem of Nerlens Noel and Georges Niang.  Depth and balance will be key to their chances as they look to match up with a talented New Hampton squad during the 40 minute game.  Keep an eye out for the Huskies’ Zach Auguste as the Notre Dame bound forward has been on a tear over the final month of the season.

The most intriguing first round match-up will be saved for the nightcap as the nation’s last remaining undefeated team, Hargrave Military Academy, meets the recently crowned NEPSAC AAA champions, St. Thomas More.  Hargrave is coming off two convincing wins at First Piedmont Invitational while Northfield Mount Hermon knocked off Bridgton, Brewster, and St. Thomas More en route to the program’s first New England championship.  Something has got to give when these two programs lock up on Tuesday night.

Following Tuesday’s quarterfinal action, the National Prep Championship will resume with semifinal action on Wednesday beginning at 11.am.  The championship game will be played later that night with a scheduled 7:30p.m. tip.