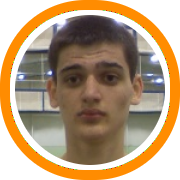 Tyler Olander and Billy Baron are headed to Worcester Academy next season.  Olander will repeat his junior season while Baron will be doing a post-graduate year following his graduation from Bishop Hendricken (RI).  The move to the class of 2011 will almost certainly propel Olander’s recruitment to the highest levels, as he was already beginning to generate interest from high-major schools before reclassifying.  The 6’9” forward has always been intriguing because of his combination of size and skill, but it has been his improved assertiveness and aggressiveness that has taken his game to new levels as of late.  If he can continue to develop in those areas, he has the potential to be the foundation of the Worcester program for the next two years.  Meanwhile, Baron is a pure winner who has proven it by claiming a state championship every season he has suited up for Bishop Hendricken.  The Rhode Island state player of the year was forced to put a lot of points on the board during his high school season, but will have an opportunity to show his ability to run a team at Worcester.

It looks like St. Mark’s won’t miss a beat next season.  Even with five major contributors set to graduate this spring, including superstar Erik Murphy, St. Mark’s still has a tremendous nucleus returning next year in Nate Lubick, Alex Murphy, and Melsahn Basabe.  Now you can add two more names to that list as Jaymie Spears and Kaleb Tarczewski will both be repeating their sophomore seasons in Southborough.  Spears put up big numbers scoring the ball at Georgetown last season, and could potentially step right into the starting point guard spot at St. Mark’s with the graduation of Dave Johnson.  Tarczewski could follow in the footsteps of Murphy, Lubick, and Basabe and be the next dominant big man to come out of Dave Lubick’s program.  The New Hampshire native has all the tools as he runs the floor well and is already becoming more assertive.

The Taft School has quite an impressive basketball history, advancing to at least the quarter-finals of the New England tournament in four consecutive seasons, but next season is shaping up as a potentially special one for them as they’ve made two big additions.  It begins with Chris Evans, who was one of the top players in the state of Connecticut this year leading his Stamford team to an FCIAC championship and a spot in the Class LL semi-finals.  Evans will become one of the top players in the WNEC immediately upon his arrival in the league.  C.J. Moss, who had a great season at Westport High School (MA) this year, will also transfer to Taft, where he will repeat his junior year and join the class of 2011.  Moss was instrumental in Westport’s successful season this year, leading his team to a 21-4 record and being named to the New Bedford Standard Times Superteam, the league all-star team, and the Fall River Herald News All-Scholastic team in the process.

Catholic Memorial’s Allen Harris, who emerged as one of the MIAA’s biggest stars during his senior season, has decided to do another year and will attend Suffield Academy in Connecticut next season.  Harris is a pure scorer best known for his ability to slash to the rim.  But with an equally deadly mid-range game and much improved three-point stroke, he can put the ball in the basket in a number of ways.  At Suffield, he will team with Xavier Pollard to form a lethal 1-2 scoring punch in the Western New England Conference.

The Future Belongs to Cushing

With underclassmen like Dominique Bull and James Kennedy already in the program, Cushing had as much long term potential as anyone in Class B.  Now comes word that Egi Gjikondi will also be heading to Ashburnham, repeating his sophomore year, and joining Bull in the class of 2012.  The move potentially gives Cushing head coach Barry Connors two of the top five players in the New England’s sophomore class next year as well as one of the top frontline’s in class B for the foreseeable future with Gjikondi, Kennedy, and Bull.  Gjikondi put up huge numbers at Malden this year and is noticeably more bouncy than a year ago as he has really grown into his 6’8” frame.

John Papale will transfer across town from Sheehan High School to Choate Rosemary Hall, both in Wallingford, Connecticut.  Papale is a skilled 6’4” swingman who has the potential to step right in and become an immediate contributor for the Boars.  Papale will be repeating his sophomore year and joining the class of 2012.  Choate advanced to the first ever final of Western New England Conference this past season, but has only one starter returning in rising senior point guard Luke Matarazzo.