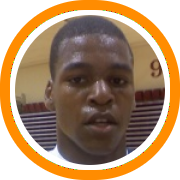 Worcester Academy has added two local pieces to next year’s team.  Canaan Severin, who played at Marlboro High School for the past two years, and Russel Deremer, who graduated from St. Andrew’s (RI), will both be heading to the NEPSAC Class A school next month.

Severin is a very athletic wing player who gets out in transition, attacks the rim hard with his dribble, and has already developed the reputation as a defensive stopper.  He will be repeating his sophomore year upon entering Worcester and reclassifying to the class of 2012.

Deremer is a skilled face-up four man who can stretch the defense to the three-point line with his southpaw stroke, make good decisions within the flow of the offense, and feed the post.  He will be a post-graduate next year.

Tim McKinney who missed his entire post-graduate season at Northfield Mount Hermon with an injury will head to New Hampton for a second post-graduate year.  McKinney was a full qualifier coming out of Boston College High School in the spring of ’08 and had picked up a handful of division I offers last summer before his injury scared those teams off.  But he returned to action this spring and played a full slate this summer with appearances at Hoop Mountain Super Week II and the Hoop Mountain Academic All-American Camp.  McKinney is a versatile perimeter player who can play several different positions and has a nearly ambidextrous skill set.

Will Tye, who starred on both the hardwood and the gridiron at Xavier High School (CT) for the past four years, will transfer to the Salisbury School for his senior season where he will continue to play both sports.  Tye is expected to pursue a college football career at the next level, where he is considered a high major tight end prospect, but he will be a high impact player for Salisbury’s basketball program.  Despite being undersized for the post, Tye has an incredible combination of strength and athleticism not to mention an incredibly high motor and nose for the ball.  He should be one of the best interior scorers and rebounders in the Western New England Conference next season.