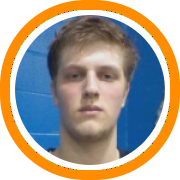 •  With Alex Oriakhi and Jamal Coombs returning to defend their class B NEPSAC title, and Gerard Coleman joining the mix, Tilton will be tough to beat next year.  But they have also added some very nice pieces around the talented trio as 6’4” forward Matt Gaither and guard Scott Tavares will hope to round out the starting five.

•  Avon Old Farms has picked up a talented duo.  6’8” center Matt Stone and 6’5” small forward Tucker Esborn will both be doing post-graduate years there next season.  Esborn should be particularly valuable as he is one of the best pure shooters in the region who is already generating scholarship level interest.

•  After graduating from Amity High School this month, Sam Markle will head to St. Thomas More next year to play for Head Coach Jere Quinn.  Markle will continue to play with the CT Gold AAU club in hopes of duplicating his success from last summer when he was offered by UMBC.

•  Cliff Desravines, a very athletic and active 6’6” forward from Malden High School in Massachusetts, will head to Connecticut next year where he will attend the Taft School.

•  One of the better prospects in Vermont, Ryan Boyle, will be doing another year as he heads to Cushing Academy next year.  Boyle will team with the likes of Phil Pressey, Kevin Barr, Domonique Bull, and James Kennedy to form one of class B best squads.

•  Greg Newton will transfer from Barrington High School in Rhode Island to Phillips Exeter Academy in New Hampshire where he will repeat his junior year and reclassify to the class of 2010.

•  Despite the fact that he is said to have had three division II scholarship offers coming out of Cathedral High School in Springfield, Massachusetts this year, Alex Berthiaume will head to Maine Central Institute (MCI) next year in hopes of increasing his options.

•  Choate Rosemary Hall has picked up two post-graduates as 6’4” combo forward C.J. Ruskay from Fairfield Prep and guard Tom Piscina from the Brunswick School will both be heading to Wallingford, CT next year.