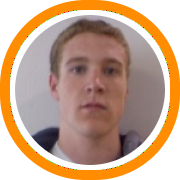 One year ago the New England Playaz made a big statement in Las Vegas…this year they’re blowing even that result away.

Going into Sunday morning the Playaz had won six straight games, all against teams seeded among the best 32 in the field, and had advanced to the tournament’s final four.

They opened the tournament with a 23 point lashing of the Nashville Celtics and then made a statement with a 69-64 win over an incredibly talented Memphis Magic in a game that drew head coaches from Arizona, Kentucky, North Carolina, Connecticut, UCLA, Memphis, Tennessee, and Georgia Tech in addition to assistants from dozens of other top 25 caliber programs according to Rivals.com.

They followed up on that victory with another 16 point win against Dumble Pump Elite from California, one of the top programs on the west coast.

By virtue of their placement in one of the super pools, the Playaz had already guaranteed entry into the gold bracket following the conclusion of pool play.  Nevertheless, when bracket play began they were playing as well as anyone in the field.

The opening round of bracket play featured a win over Team Blue Chip on Friday.  Saturday was a huge day for the Playaz as they defeated a loaded Baltimore Assault squad, featuring the likes of Josh Shelby and Roscoe Smith, in the sweet 16 by a 71-56 margin.

Later in the day they came back to play M33M in the quarterfinals.  Once again, another big time national program bit the dust as the team from New England would score a 74-67 decision to advance to Sunday’s semi-final round.

What has made this run so special for the Playaz, in addition to the incredibly high level of competition that they’ve been knocking off, is that they’re getting contributions from several different places.

To be sure, Nate Lubick has been at the forefront of this week’s success as he’s not only established himself as one of the top big men in the field, but also one of the top players in the field period…and no doubt gone great things for his chances of potentially being a McDonald’s All-American with the vast majority of the game’s voting members being in Las Vegas this week.

But Lubick isn’t the type of player who needs to score 30 or 40 points to dominate a game, instead he kills you with his consistency and versatility.  He had point totals of 20, 19, and 20 in super pool action and has stayed on that pace throughout the additional three victories in the gold bracket.  Beyond that he’s averaged double digit rebounds per game and proven himself to be one of the best passing big men in the field.  But Lubick’s biggest contribution, and best skill in our opinion, is his ability to compete.  He’s an absolute “killer” who doesn’t back down from anyone and imposes his will to win.

But in addition to Lubick, other plays have stepped up at different times.

Saturday was a day that belonged to Naadir Tharpe.  The creative point guard is finally starting to get healthy and couldn’t have shined brighter yesterday as he created for himself and others at will and scored a game high 20 points in the quarterfinals.  For the week, Joe Jackson and Josh Shelby, two of the top five point guards in the country, have both left their individual match-ups against Tharpe in defeat.  Arizona has trailed Tharpe all week long and you can bet they’re going to be pretty anxious to get this one done as soon as possible as Tharpe’s stock on the national level has begun to explode.

Austin Carroll stepped up in a big way against the Memphis Magic as his skill set and superior intellect shined through in the game, allowing him to negate the physical advantage of the long and athletic Memphis players to the tune of 15 big points and several assists, including a couple of huge passes in the game’s final minutes.

Dartaye Ruffin and Jevon McCrea starred early in the week, establishing themselves as a super efficient interior duo in their game against the Celtics and continuing to play their role admirably throughout the rest of the tournament.

Anthony Ireland was at his best in the opening round of bracket play when he scored a game high 23 points against Team Blue Chip with a series of strong drives and pull-ups.  Meanwhile Denzel Brito also deserves strong praise.  It takes a self-assured young player to sacrifice his own shots for the good of the team, especially at the grassroots level, and that’s exactly what Brito has done this week while locking up defensively and making timely drives to the basket.

And their still may be more stories to tell as the sun shines on a potentially ground breaking day for the Playaz.  They wake up today as one of four teams remaining in the Adidas Super 64 Tournament with potentially two games to play and a chance to turn even more heads.