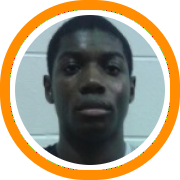 College coaches continued to flow into Albertus Magnus College on Saturday with the likes of UConn, Indiana, Oklahoma State, Cincinnati, Northwestern, and others headlining another group of coaches that was 40+ strong.  When it was all said and done another list of prospects had managed to distinguish themselves after a full day of exciting games.

The first game on Day 2 between Fork Union Military Academy and St. Thomas More was a tail of two halves. Led by guard La’Brian Shiflet, Fork Union came ready to play and built an 8 point advantage going into half. The second half was a completely different story as STM came out and started to play with a sense of urgency. The duo of Cane Broome and Eric Paschall took over in the second by getting into the lane and finishing whenever they wanted. Throughout the rest of the game, both teams went back and forth. With 1.1 seconds left, Fork Union’s Tavarius Shine sent the game into overtime by nailing a three. In overtime, Broome continued to score at will and led STM to a 5 point victory. For Fork Union, both Shine and Shiflet were very efficient going for 21 and 20 respectively, while Broome exploded for 29 points.

The matchup between Notre Dam Prep and Hargrave Military Academy provided another entertaining game. After trailing at half by 17, Notre Dame stormed back to win their second game of the tournament 87-82. The comeback was led by guards Detrick Mostalla who went off for 29 points and Jarvis Garrett who finished with 25. Hargrave was more balanced in the scoring department with 6 players in double figures.

The matchup between these two power house programs did not disappoint, resulting in 74-69 overtime victory for Fishburne Academy after trailing by 16 at half. Robert Harris III continued to fill it up going for 21 points. Harris’s most important basket came with 3 seconds left when he hit a highly contested three to send the game into overtime. For New Hampton, Colorado commit Tory Miller was a beast on the block going for 16 points and 6 rebounds. They also got a solid game from Tyler Lydon, who showed off his athleticism on a number of blocks and rebounds.

The first route of day came at the hands of NMH, who went on to win by the score of 80-49. After coming out slow and only being up 3 at half, NMH flipped the switch and were in complete control the second half. Although he didn’t match his scoring outburst from last night, Aaron Falzon led the team in scoring for the second game in a row, finishing with 18 points while also chipping in 9 boards. Daquon Ervin provided solid play at the point continuing to show his steadily improving game.

Starting from the tip Brewster Academy imposed their will on the young Kiski squad. Led by their trio of guards Devonte Graham, Donovan Mitchell, and Kevin Zabo, Brewster pressured the ball and forced a number of turnovers resulting in a couple of highlight reel dunks from Mitchell. Georgetown commit Issac Copeland chipped 18 points while showing off his athleticism and ability to make plays out of the high post. For Kiski, the lone bright spot was Satchel Pierce going 8 of 13 from the floor for 17 points.

After two straight blowouts, the matchup between these two appeared to be heading the same way entering halftime. Bridgton went into intermission with a large lead, but St.John’s slowly chipped away and eventually took the lead with under 5 minutes to go. In the end, St. John’s pulled away and won the defensive battle 53-45. The Lancers’ TJ Schlundt led all scorers with 15, while Bridgton’s Rayon Miller contributed 13 points and 9 boards, but that was not enough to get his team the victory.

The best way saved for last on Saturday as these two teams delighted fans to a high level overtime battle.  Ultimately, Elev-8 was able to pull away in the extra period but this was an extremely well played game on both sides.  The game was based on a pair of individual match-ups with Keondre Dew and Goodluck Okonoboh going blow for blow on the interior and Mustapha Heron and Reggie Reid doing the same on the perimeter.  All four managed to stand out before it was all said and done with Curtis Cobb also showing flashes of his offensive versatility.