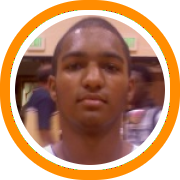 The second annual Northeast Hoops Festival will take place this weekend and will once again feature many of the best programs from around not just New England but the rest of the Northeast as well.  The tournament, which serves as the kick-off to the AAU season for many programs, once again had a 20 team waiting list this year as spots were limited.

Stay tuned to the New England Recruiting Report throughout the weekend as we will be bringing you various updates and recaps throughout the tournament.