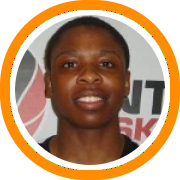 “I thought it was a great combination of academics and basketball,” Sullivan said.  “Northfield prepares me for a place like this so I’m really excited and can’t wait to be a Bear.”

The Illinois native just finished his first year in New England but had to wait a couple of months to make his debut after a knee injury held him out for the first half of the season.  He returned in time to be an important contributor in NMH’s post-season run as they advanced to the semifinals of both the NEPSAC Class AAA tournament and National Prep Championships.

NMH head coach John Carroll says Sullivan is among his hardest workers and most improved players since the fall.
“Chris Sullivan is tough and he is committed to his game,” Carroll said.  “His body has added muscle, he hits shots at a much higher percentage, his skill set has really developed, and he is a relentless and tireless defender.”

Sullivan also comes from good stock and will now follow in the footsteps of his two older brothers, Peter and Matthew, both of whom have previously starred at Brown.

“I definitely got the chance to see a side of Brown with my family, but I made this decision off my own experiences,” he said.  “I think Coach Martin is a great coach and it would be awesome to play for him.  I think he looks hard into the same things I do, like hard work, and I love the school.”

Sullivan joins Jackson Donahue, who committed to UPenn earlier this month, to become the second 2015 NMH product to make an early commitment to an Ivy League school.