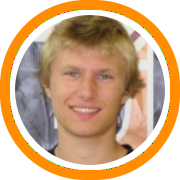 Cody Otto, Glastonbury HS (CT) – The senior guard was a star on both ends of the floor as he scored 35 points while making 15 of his 21 shots from the floor.  Defensively he was all over the floor coming up with 6 steals.

Casey Woodring, Notre Dame HS (CT) – Not only did the freshman crack the starting line-up for his first high school game but he also finished with 17 points as his team knocked off Kaynor Tech 76-44.

Andre Drummond, Capitol Prep (CT) – The sophomore sensation came up with a triple-double and just missed a quadruple double as he had 17 points, 20 rebounds, 13 blocks, and 9 steals in 60-53 win over Fitch.

Jordan Williams, Torrington HS (CT) – The Maryland bound big man continued his domination of the CIAC as he had 34 against Seymour, 27 against Ansonia and 20 in reduced minutes against Woodland, leading Torrington to 3 victories.

Zach Hurynowicz, Burlington HS (MA) – The sophomore point guard was named the MVP of the Larry McGrath Tournament by leading his team to the championship with 18 points and 10 rebounds in the final along with 22 points in the opening round.  A week earlier Hurynowicz had 24 points and 8 assists in a victory over Melrose.

Craig Marriro, Newton North High School (MA) – The sharp-shooter was the MVP of the Newton Garden City Classic after scoring 27 points in the semi-finals and 21 in the finals as Newton North captured the title.

Billy Baron, Bishop Hendricken HS (RI) – Hendricken got a tough early season test from Cranston East, but Baron was up to the challenge as he scored 38 points to lead his team to a 81-78 victory.  Baron was also 17-18 from the free-throw line in the game.

Jay Jeanotte, Narragansett HS (RI) – Narragansett dominated Rogers from the get go en route to a 62-33 win.  Jeanotte finished with 26 points and would have easily capped the 30 point plateau had the large lead not sent him to the bench.

Mike Accaoui, St. Andrew's (RI) - The sharpshooting guard went off during St. Andrew's trip to Florida as he went 5-8 from behind the three-point line en route to a 25 point performance for St. Andrew's as they battled the #5 ranked team in the Sunshine state, Lakewood.

Mick Distasio, Cheverus HS (ME) – The senior guard led Cheverus to the Yankee Ford Tournament title.  Distasio had 21 points in the finals including 5 three-pointers as Cheverus overwhelmed Susan Wagner (NY) 65-38.

Gordon Fischer, Camden Hills Regional HS (ME) – Fischer led Camden Hills to a tournament title of their own as they claimed the Capitol City Hoop Classic.  Fischer picked up MVP honors as his team dominated the field.

Jordan Laguerre, Trinity High School (NH) – The junior guard hit the game winning shot with five seconds left in the game to propel Trinity to a 47-45 victory over Merrimack in the finals of the Queen City Invitational Tournament.  Laguerre, who opened the tournament by dropping 25 points on 9-13 shooting, was named the MVP.

Sean McClung, Bishop Guertin HS (NH) – Sean McClung led an inspired second half rally as Bishop Guertin nearly came back from a 15 point deficit to knock off Exeter.  Ultimately, the Cardinals fell 74-70 despite 29 points from the sophomore guard.

Grant White, Springfield HS (VT) – White scored 29 of his teams 54 points to lead them to an 18 point victory over U-32 in the opening round of the Corey Plante Tournament.  White continues to impress this season after coming on at the Williams prospect camp over the summer.

Nick Swim, St. Alban’s (VT) – He poured in 35 points including 5 three-pointers, but it ultimately wasn’t enough as his team fell 66-55 to Brattleboro.  Swim continues to be the team’s leading scorer as well as their floor general from the point guard position.

Connor Merrill, Vergennes HS (VT) – The junior had a triple double in a hard fought 67-59 win over Montpelier.  He finished with 28 points, 12 rebounds, and 10 blocks as he continues to put up big numbers on the season.

New England's Notable Performances will be published every Friday of the high school season.  Nominations can be sent to adam@newenglandbasketballservices.com