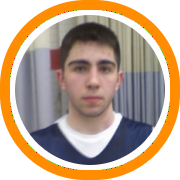 The final week of 2009 produced a number of notable performances as various holiday tournaments took place throughout all six New England states.

Player of the Week – Vic Anderson, New Leadership Prep:  Anderson earned MVP honors at the fifth annual Queens Jam Christmas Classic over the weekend, finishing with 33 points, 7 assists, and 10 rebounds while making 6 of his 8 attempts from behind the three-point line.  He followed that up with 30 points in a loss to St. Benedict’s later in the week.

Player of the Week – Pat Gooden, Belchertown High School:  The junior swingman knocked down eight three-pointers in back to back games.  He followed up on his 39 point performance against Ware with 8 more threes and 33 points as Belchertown blasted Granby 84-38.

Player of the Week – Steve Spirou, Pelham High School:  Spirou has been scoring the ball at will throughout the beginning of Pelham’s season.  He set a new career high on three consecutive nights as the junior scored 28 over St. Thomas, 33 against Chelmsford on Saturday and 39 against Lincoln-Sudbury.

Player of the Week – Ben Teer, Washington Academy:  Teer was on a tear this week!  He scored 36 points in a win over Ellsworth and another 22 in a 79-57 victory over Orono to keep Washington Academy undefeated at 7-0.

Player of the Week – Garrett Douglas, Coventry High School:  Douglas earned MVP honors at the Coventry Credit Union Classic as he led his Coventry team to the tournament championship by scoring 20 points in a semi-final win over Mt. Hope and then drained six three-pointers in the final for 19 points.