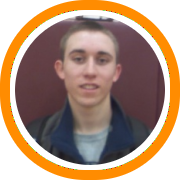 The New England Skills Academies returned to Connecticut this fall with two sessions in Bridgeport and New Britain.  Over 40 players hoping to play at the next level filled both sessions and a number of those prospects managed to distinguish themselves to the New England Recruiting Report.

Here’s a look at some of the players in action:

Rich Conway, Berlin – His unparalleled work ethic makes him a success and has allowed him to develop his skills.  His handle is tight, his jumper much improved, and his understanding of the game very high.

Jason Perrier, Christian Heritage – The power guard has improved at a steady rate since last spring as he’s been putting long hours into the gym polishing his skill set and learning to better utilize his physical gifts.

Lucas Hausman, Hopkins – A big time shot maker who really strokes it from behind the arc, but Hausman is more than a one trick pony as he handles efficiently and has a well balanced floor game.

Bryan Jones, Christian Heritage – Has been a talented player since first arriving at the high school level but is beginning to take his game to next level by becoming more explosive and showing an improved stroke.

Max Molinsky, Weston – Guard with a strong body who handles the ball well, plays off of two feet in the lane, and knocks down open shots.

Luarent Firlotte, Green Farms Academy – He’s a volume shooter who can make shots from behind the arc and has the size and ball skills to take the ball off the glass and lead the break.

Kevin and Kyle Phlipchik, Portland – The Shoreline school will get a big boost this year with the talented twins returning home and potentially being the top two producers on their new team.

Matt McTague, Fairfield Warde – Skilled frontcourt player who has some tools including a smooth release and great follow through on his jumper.

Braxton Gardner, Christian Heritage – Speaking of a smooth shooting stroke, exhibit A is the mobile big man from Christian Heritage who has the skill to score on the perimeter and the footwork and soft touch to get buckets in the paint.

Bobby Bier, Steven Goolish, and Tim Butala, Fairfield Prep – Fairfield Prep looks to be a team on the rise.  Bier is an emerging talent who scores the ball in a variety of ways, Goolish a fundamentally sound player who scores in the mid-range and with both hands around the rim, and Butala a long and skilled freshman with a high upside.  Max Link and John Pavia also appear poised to play a role for FP.

Anthony Henry, Abbott Tech – An athletic player who has a bright future in the game.  He’s long and bouncy, can score inside and out, and has his best basketball still ahead of him.

Scott Moran, Amity – A physically strong guard who can overpower the opposition and make shots off both the catch and the dribble.

Ryan Conlan, Southington – The freshman is a growth spurt away from being a big time player as his instincts and understanding of the game are off the charts.

Maliek Miles, Sports & Sciences – Was his team’s leading scorer last year as a frosh and showed dramatic improvement over 4 weeks of training improving shot technique and being more efficient with dribble.

Jake Teitelbaum, Coginchaug – A player with an advanced dribble drive game and dependable jumper, Teitelbaum also showed great intellect learning how to read screens and play away from the ball.

Phil Meriber, Joel Barlow – Has the tools to emerge as player of importance for Barlow with an efficient slashing game, a low crossover, and good passing ability.

Mike Andrulis, Litchfield – A young forward with a very bright future, Andrulis has the size to score inside, shoots a good ball from the perimeter, and shows potential creating his own shot off the bounce.

Tyler Gruttadauria, Christian Heritage – A young guard with a strong body, great work ethic, and a well developed skill set both going to the rim and making shots from the perimeter.

Devonta Valentine & Patrick Rogers, Waterford – Valentine curls screens very well, gets to the rim with his dribble, finishes against contact, and made great strides with his jumper while Rogers can score around the basket and improved his perimeter skills as well.

Demetrius Young, Bassick – Just a freshman, we expect him to have a good career at Bassick with his quickness, toughness, unselfishness, and work ethic.

Kevin Lang, St. Joe’s – Another youngster with the potential to develop into a good player with his inside-out scoring ability.

Steve Richardson, Trumbull – A diligent worker who made great strides in the four week period and is on pace to have a solid career.