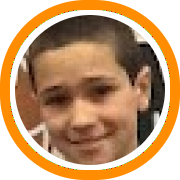 Jimmy Yfantapolous - Charismatic young guard with a nice handle, a sweet shooting stroke, and rubix-cube understanding of the game.

Elliot Nelson - Talented young back-court buck from the Green Mountain State who has a nice handle and takes care of the ball like a Hawk guarding its' nest.  Nelson has the tools to develop a deadly shooting stroke and is a guard to watch for sure in the Class of 2018

Charles Clemons - One of the youngest cubs at the 75, Clemons is a poised back-court player with an advanced skill -set and smooth body movement.

Tyler Kolek - Talented young guard who's terrific with the ball in his hands.  Sees the court well and understands the game.  Has the tools to develop a sweet shooting-stroke and the potential to be a nice backcourt player

Cameron Dunning - Skilled guard who can really shoot the rock and displayed advanced court-vision and precise passing at the 75. As his confidence and aggressiveness grow, CD should develop into a good one.

Colin Bradanese - Hard-nosed competitor who perpetually plays the game above the speed limit.  Tenacious defender who is going to be quite an effective player as his offensive skill set develops.

Chad Peterson - Wild West catch and shoot artist who is constantly moving out on the floor, whether the rock is in his hands or not.  As his handle develops, C-Pete is a back-court player to watch.

Zachary Zides - Whiz Kid ball-handler with a creative and advanced perception of the game.  As his shooting stroke catches up with his ball-handling ability, Zides has a nice skill-set to work with going forward.

Jesse Matthews - Hardnosed defensive specialist who guards the ball like a pit-bull.  Another guy who'll bring the Fine China to the hardwood as his offensive skill set develops.

Mark Coley - Jet-Engine guard who really scoots with the rock in his hands.  Possesses a quick trigger and a nice shooting stroke.  One to watch as his game develops and becomes more well-rounded.