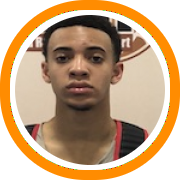 With the Elite 75 Frosh/Soph Showcase and the Zero Gravity Fall Circuit both now in the rearview mirror, it is time to announce updated New England rankings in the class of 2019.

Over the course of the last two days we’ve previewed the release of the sophomore class rankings with a pair of roundtable discussions with the NERR staff, first examining which player has made the biggest jump in the last six months and then who is poised to break-out in the coming season.

The one subject that required no discussion was the question of who New England’s top ranked sophomore is. Cheshire Academy’s Chol Marial is both the best long-term prospect as well the most currently dominant player in the class. It isn’t just that he has staggering size and length, incredible athleticism for his size and an ability to run the floor, but he’s also very skilled for his size and continuing to improve in virtually all facets of the game on a consistent basis. He has a soft touch, both around the rim and facing the basket, and is developing the ability to score over both shoulders in the post. Marial is also one of the most intimidating rim protectors in the entire country.

The conversation starts in the second spot and there are quite a few players who can make a case. The reality is that this early on in the process, nothing has been earned yet. A spot on this list means you have the tools to thrive, but is anything but a guarantee.

Putnam Tech’s Taelon Martin, Northfield Mount Hermon’s Maxwell Lorca-Lloyd, St. Andrew’s Brycen Goodine, MacDuffie’s Ismael Massou, Loomis Chaffee’s Jaiden Delaire, Putnam Science’s Akok Akok and Brookline’s Chris Camille all have the tools to be high-major prospects. Whether or not they ever get to that level now depends entirely on what they do to develop those natural tools and talent.

To be clear, they aren’t the only ones in the class with high ceilings. Wilbraham & Monson’s Idan Tretout is ranked among the top ten sophomores in the region after the dominant showing he had at the Elite 75. Charles Coleman is also within the top ten but was identified by both Mike Yagmin and Luc Smith as someone who should rise the list in the coming months.

One of the 2019 class’ most defining characteristics though is its depth. In fact, everyone within the top 20 has a chance to play college basketball at a very high level if everything breaks their way. You won’t find many more currently impactful products than MacDuffie’s Dana Tate while his classmate Dalano Banton has the raw potential to be a top five prospect in this class one day. O’Bryant’s Rivaldo Soares was someone who profiled in the aforementioned roundtable discussions while Redemption Christian big man Bernard Kouma is one of the best true centers in the class.

One of the hardest parts about evaluating underclassmen is a sliding scale between potential and production that, this early in the process, tends to lean more towards the former than the latter. If you needed to win a game right now Tate, Dexter’s Jordan Mason and Noah Kamba, Tabor’s Noah Fernandes, Worcester Academy’s Mitch Doherty and East Catholic’s Joey Reilly would be among the first guys you would want. But if you start projecting it out some three years in the future when this class is on the verge of their college career and now you would be especially intrigued to see what Tolman’s DYondre Dominguez, St. Sebastian’s Daman Tate, Marianapolis Prep’s Tyler Burton, Brook’s Preston Santos, Bradford Christian’s Gob Gabriel, Northwest Catholic’s Cairo McCrory and LaSalle Academy’s Aaron Gray looked like.

Perhaps the biggest challenge was limiting this list to just 30 names given the tremendous depth, not just at the top of the class, but all the way down. So the final message is this…if you’re a young player and you’re not on this list, or you’re lower than you think you deserve, use it as motivation to get in the gym and prove us wrong. Nothing would make us happier! If you’re excited to see your name on this list, or maybe even ranked among the top players in the class, use it as positive motivation to remind you about the opportunity you have in front of you, but also realize that there have been plenty of others in the past who were once ranked high but ultimately didn’t make it either because they stopped working on their game or didn’t get it done academically.