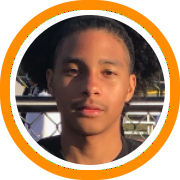 The NERR-TV Frosh/Soph Virtual Showcase continues to highlight underclassmen prospects from around the region leading up to next month's release of the Elite 75 Frosh/Soph in New England.

Up next is Seekonk High School and Pawtucket Hoops 2024 guard Jason Andrews, who tells NERR he's looking for exposure to prep school coaches in hopes of making the move next year.

Here's what you need to know about him.

I am a tall, quick and athletic guard. I shoot the ball for a high percentage and finish around the rim well. I have a high basketball IQ. I play a well rounded team game. I feel I can be an asset to any team I play for because of my ability to impact my teammates in a positive manner. I have a great attitude and look to be coached at a high level and appreciate sharing ideas with coaches and peers. If a coach shows interest in me joining their program, I would never be a disappointment."

"Jason is a very gifted player who is determined to improve his game non-stop. He has a very high basketball IQ. He picks up offenses/defenses very quickly. Jason plays with a calm demeanor (No situation is too big or too small). Most of all he is very coachable player and an asset to any team he plays for."
- Greg Rakovic, head basketball coach, St. Patrick Academy (Providence, RI)

"As the director of Pawtucket Hoops for over 20 years, as well as the men's summer league and midnight leagues, I have coached over 20 players that have played division 1, division 2, or division 3 basketball. I have been privileged to watch Jason grow as a player. He brings energy to the game from beginning to end. His defense is very good. His scoring ability is excellent. The best part about Jason is his vision of the court. That is a winning formula. His motor does not stop. If he continues to put in the work, there is no reason he can't play division 1 or 2."
- Larry Holloway, director, Pawtucket Hoops

"Agile and athletic! Jason has the ability to see the whole floor. He handles the ball well and has a great transition jump shot especially beyond the 3-point line. Jason also attacks the lane very aggressivley and gets his teammates involved if there is not an opportunity for him. Defensively Jason uses his length well to intercept balls in the passing lane and he pushes the ball on the fast break. Overall, smart player with a great attitude and is well liked by his teammates."
- Dan Hill, Pawtucket Hoops

"I have coached Jason for over 10 years. I coached him with the East Providence Mohawks, PMBC, and Crush AAU teams. It was a privilege coaching Jason. He is a well rounded player on both ends of the court. He is easily coached and always willing to learn. Jason's best attribute is his basketball IQ. I hope to see Jason excel at every level he plays at."
- Matthew Gonsalves, Pawtucket Hoops & RI Crush

"Jason is an asset to any team's roster. He is an all-around player that will do whatever it takes to win. He is an athletic, lanky, six-foot-guard with more growing to do. He is great at knocking down open shots (on the catch or off the dribble). He also can push the ball in transition and finish around the rim. What surprised me the most about Jason is his ability to rebound and block shots. He is always trying to make a play. He has a good IQ and with consistent work on his game he has the ability to be a D1 or D2 player. Jason is also very coachable and always takes criticism in a positive manner. He uses feedback to improve his game and mental toughness. He is a player that coaches should keep their eyes on."
- Jordan Santos, Locked-In Basketball