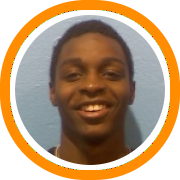 qtiphife:  Are non post-grad schools the only one’s allowed to be ranked nationally?  Do all class A schools take post-grads?

NERR:  Prep schools (schools that include post-graduates) are included in their own poll, the National Prep Poll, which is released on our site as well as scout.com.  The two most prominent high school polls are produced by USA Today and ESPN/RISE.  To answer your second question…yes, all 10 class A schools (Brewster, Bridgton, MCI, New Hampton, Northfield Mount Hermon, Phillips Exeter, St. Thomas More, South Kent, Winchendon, and Worcester) take post-grads.

NERR:  Three separate questions there…First, a player gets ranked on our site if a member of our staff sees them play and considers them to be a definite college prospect.  In other words we won’t list someone in our prospect section if they’re a borderline college player.  Second, getting a player ranked has essentially nothing to do with getting him into prep school…other than prep school coaches are no doubt looking for sure thing college prospects just like we are.  If you’re really interested in prep school, virtually every NEPSAC school has a school website that lists their coach’s contact information.  But don’t waste time because most admission deadlines are in January.  Third, we would suggest the Hoop Mountain Spring Classics or summer Super Week Camps if you’re looking for exposure to college coaches.  Each event annually draws 100+ coaches.  As for open gyms, they really became popular three years ago when the NCAA no longer allowed D1 college coaches to watch a player compete during the school year outside of their own gym and only with people who attend their own school (with the exception of regular season contests).  Essentially that prevented division I coaches from attending showcases and also made it more difficult for them to evaluate kids from smaller schools in a 5 on 5 setting outside of the season, because they are now only allowed to watch them play with kids from their own school within the physical confines of their school.

NERR:  You may be right that Notre Dame doesn’t get an appropriate amount of coverage from their local beat writers, but on the national scene they are one of the most storied and covered prep school programs in America.  As far as Southerland goes, he’s definitely having a tremendous season and is a big reason (along with Johnnie Lacy) that Notre Dame is off to the start they are.  But as much as we love Southerland, we just can’t agree that he’s the top prospect (college or pro) in New England.  Certainly one of the best as our rankings indicate…but not THE best.

NERR:  One of the fun things to watch in recent years has been the emergence of new AAU programs while more traditional ones have stayed strong.  Basically that just means there is better depth of talent than ever before leading to more good teams.  BABC, New England Playaz, Expressions, MA Rivals, CBC, RI Hawks, RI Breakers, Metro Boston, Bay State Magic, Boston Warriors, Middlesex Magic, CT Select, CT Gold, CT Hoopstars, and CT Phenom (in no particular order) will all be strong next season.  There will undoubtedly be many more as well.

SDH:  Where is Kyle Casey leaning towards for college?

NERR:  I think it’s safe to say Kyle is leaning towards Harvard.  But he has offers from schools as high as the Atlantic 10 and several high major programs trying to convince him to do another year at a prep school.

UMassBball413:  Where will Tevin Baskin and Austin Carroll end up?  I would love to see Carroll in a UMass jersey but he isn’t a dribble drive kind of player…Tevin is a kid I have watched for four years now and I haven’t wanted a player to come more than this kid he’s a star in the making and would thrive and dominate in Coach K’s dribble drive offense.

NERR:  Not sure what Tevin is going to end up doing.  We’ve been told he’s very close to making a decision, but we really aren’t sure what it will be or even who he is debating between.  Austin recently announced he’ll do a post-graduate year next year.  That, in addition to a few 30 point games so far this season, has really helped his recruitment to take off.  He’s another guy who has A-10 offers on the board for this year, never mind next year.  I wouldn’t expect either to end up in Amherst although they could both be successful in that system.  The dribble drive is based primarily on floor spacing and you need guys who can make shots to maintain that spacing for the slashers to penetrate, so Austin could definitely be an asset.  Tevin has the length and athleticism to play either the 4 or even the 5 in that system.

la123:  Saw the kid [Jerramy King from Kent School] play, he is a pretty fast point guard.  He has good court vision.  He sees both sides of the court.  He is able to score in traffic at will.  Is this kid being recruited at all?

NERR:  He’s definitely a kid who can get to the rim, make plays off the dribble, and lock up on the defensive end.  His coach says they have three kids being recruited at the division I level (We can only assume he means Theodore Boyomo, Jordan Borucki, and King).  No word on which schools in particular, but we would expect his interest spreads to the division III level as well.

EBO:  This team [Brimmer & May] will be a spoiler in class B.  Brendan Rollins has improved greatly and knows the game very well.  Kyle Casey, Derek Retos, and others…wow good team.

NERR:  They’ve proven themselves to be more than spoilers…they’re flat out contenders.  They just ran away with the St. Sebastian’s tournament title and have also knocked off St. Andrew’s, Apex Academy, and Putnam Science.  There only loss of the year was to Northfield Mount Hermon and that was only by 12.  We think they’re one of the top 4 teams in class B at the moment.

skyhoops:  BTA Lions will be one of the top teams in the Northeast. The school does not have any PG's but has 3 returning players from a 27-2 season. Newcomers bring a major boost to provide a team that can compete with any team, as proven in recent pre-season wins over Charlestown, Boston English, NCC.

NERR:  Certainly one of the top teams in class D!

E-Mail1:  Salisbury has added a few transfer players for the upcoming season.  Jason Pancoe, a 6’4” combo guard from Ladera Ranch Ca. who has committed to play for Army in ’10 has been added as a post-grad.  He was the team captain for California div.3 state champion Santa Margarita Catholic High School in 08’.  That team was ranked #5 in Ca. and was in the USA Today Super 25 for most of the year.  You can find a profile on Pancoe at espn.com basketball recruiting.

NERR:  Pancoe and Nick Friedman are both talented newcomers.  Along with Jarrid Bryant, Jamual Bryant, and Forrest West they form the nucleus of a team that has been playing great basketball to start the season.  They’re off to a 6-0 start and recently won the Loomis Chaffee Holiday Tournament.

Alf27:  If you had to rank public high school teams from all of New England how would you have your top ten?

NERR:  Tough question…We would have to include: Windsor, Trinity Catholic, and Hillhouse from CT; Central Catholic, Malden, and Lexington from MA; Cheverus from ME; Burlington from VT; Bishop Hendricken from RI; and Salem and Trinity could battle it out to represent NH with the tenth spot.  Maybe something like…