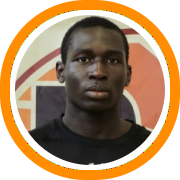 For some NEPSAC programs, the 2012-2013 officially gets underway today.  With that in mind here’s a look at some of the programs who could contend for this year’s championship in Class A:

Phillips Exeter Academy – With as many as ten different players on the roster capable of contributing, head coach Jay Tilton has his deepest and most talented group since joining the league.  Chris Braley earned first team all New England honors a year ago and this season he’ll be joined by two of his Middlesex Magic AAU teammates in post-graduates Duncan Robinson and Harry Rafferty.  Jordan Hill, who is already committed to Wisconson, headlines the rest of the post-graduate class which also includes Max Eaton, Davis Reid, and Curtis Arsenault.  Junior big man Kendrick Morris is back for his second year in Exeter and primed to play a starring role on the interior while local product and fellow junior Tony Karalekas also returns to the fold.  Freshman Max Kirsch will provide valuable depth off the bench.

Salisbury School – The defending NEPSAC champions return only one starter from last year’s squad, but that one starter is Samuel Dingba, who promises to be the league’s most dominant interior presence, especially on the defensive end of the floor.  Dingba’s supporting cast will include senior guards Lucas Amato and David Varoli along with five talented newcomers.  Evan Hole, a post-graduate swingman from Portsmouth (RI), and repeat junior Isaiah Robinson provide two local products who both promise to play important roles this season.  Salisbury also features a pair of Canadian imports in six-foot-three freshman Anthony Drouin and six-foot-six junior forward Mackenzie Morrison, who is already pinging the division I radar.  K.J. Lee provides another division I prospect in Salisbury’s loaded junior class after earning 1st team All-Nassau County and 2nd team All-Long Island honors last season at Long Island Lutheran.

Milton Academy – Alec Brennan and Ikemefuna Ngwudo provide the league’s most talented frontcourt tandem.  Brennan’s confidence should be at an all time high coming off a huge summer with Expressions Elite, resulting in his first high-major offers, while Ngwudo is finally healthy after battling injuries for the majority of his junior season.  There’s plenty of firepower on the perimeter as well with Max Motroni and Nick Pagliuca both returning for their senior seasons.  Motroni is a playmaking guard who will have the ball in his hands while Pagliuca is a tough, cerebral and versatile swingman who does a little bit of everything from this Milton Academy team.  Freshman Johnny Blaze provides a talented youngster for the future while Nick Bland, Jack Urquhart, Ryan Rizzo, and Jack Karle add to the team’s depth.

Tabor Academy – Sophomore big man Jarred Reuter returns to lead a Tabor Academy team with the potential to improve upon last year’s semifinal run.  If Dingba is the league’s most dominant interior defender, than Reuter could certainly be the most dominant interior scorer.  He bullied people inside the paint last season as a freshman and promises to do even more of the same this year.  His supporting cast will include sharp-shooting senior guard C.J. Ward, who returns after playing a pivotal role as a junior, and repeat junior Miles Wright, who doubles as the school’s quarterback and provides an athletic playmaker on the hardwood.

Choate Rosemary Hall – If Choate hopes to make their third straight appearance in the NEPSAC finals they’ll have to do it without the league’s MVP and school’s all-time leading scorer, John Papale, who has moved on to Boston University.  3rd team All New England performer Pete Weston and fellow senior Ryan Conlan are the only returning rotation players.  Post-graduates J.T. Flowers and Jeff Coby, committed to Yale and Columbia respectively, will need to have big years, as will the local junior duo of Colin Richey and Ben Engvall, who will both play critical roles for Choate this season.

Taft School – Kade Kager returns at the helm of a dangerous Taft program, fresh off his commitment to American University where he’ll join his brother in the Patriot League.  Fellow senior co-captain Tim Drakeley will lead the remainder of the returning six letter winners from last season while talented newcomers are headlined by Catholic Memorial post-graduate Matt Droney, Acton-Boxborough post-graduate Joe Flannery, and versatile swingman Quinton Dale.  Shawn Strickland is a repeat junior guard from Middletown who will provide another playmaking guard in what is already a talented backcourt.

Kent School – Senior guard Travis Berry returns to run the show for a Kent team that is again expected to be among the top contenders in Class A.  Berry will be joined by junior guard Leon Tambue, who was limited by injuries throughout most of last season, and incoming sophomore sensation Jamal Lucas to create one of the most explosive backcourts in the league.  Six-foot-five swingman Cam Collins provides another talented newcomer with division I recruitment while there will be a plethora of frontcourt depth behind Cas Simmons, Alex Villeneuve, Jesse St. John, and Robert Alfieri.

Hotchkiss School – Longtime head coach Fred Benjamin is no longer at the school and gone with him are the likes of Kyle Washington and Austin Colbert among others.  All is not lost though as junior guard Makai Mason could be the most dangerous guard in all of class A while big man Noah Daoust returns ready to play an increased role under new head coach Stephen McKibben.  With a top inside-out tandem, Hotchkiss may not be quite as talented on paper but no less dangerous now that they have returned to Class A.

Avon Old Farms will benefit from the addition of post-graduate guard Curtis Howe as they look to make another post-season run in Class A.

Junior big man Nick Tarantino gives BB&N the type of interior presence needed as they look to make a run up the league standings.

Always one of the toughest and grittiest teams in the league Deerfield could very well prove to be the biggest spoiler in the league this season.

Hopkins lost seniors Lucas Hausman and Laurent Firlotte but has a talented young nucleus to build off of including sophomore Sam Glazer.

Loomis Chaffee will continue to be one of the toughest match-ups in the league and will be sparked by the addition of Christian Heritage transfer Bryan Jones.

Terrell Ivory takes over for Leon Modeste on the Phillips Academy Andover sidelines and the first year head coach returns sharp-shooter Brendan O’Connell as well as some new talent.

St. Paul’s returns senior big man Jared Neves to anchor the team on the interior while sophomore point guard Ethan Schlager should be a key addition.

St. Sebastian’s returns junior swingman Jordan Byrdie could be poised for a breakout year as they’ll look to be a threat in the ISL.

Thayer Academy will look to build on late season wins over Lawrence Academy, Brooks, and Holderness from a year ago.