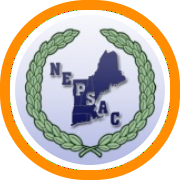 Class AAA of the NEPSAC remains the pinicle of prep school basketball.

Every asset has a correlating liability though and while the likes of Brewster and NMH have taken their programs to unprecedented levels in recent years, while New Hampton and St. Thomas More have remained competitive with the very best in the country, others have elected to drop down to lower levels in hopes of remaining competitive.

South Kent is the most recent to follow the likes of MCI, Winchendon, Worcester, and Phillips Exeter, all of whom competed in the NEPSAC's top league ten years ago, but have since moved down to various other classes within the NEPSAC.

Bridgton Academy hasn't yet reclassified, but the shift in their focus and resources has been well-documented over the years and prevented them from having any chance of sustaining the levels of dominance they had a decade ago.

What's to be expected this year?

When you're coming off the type of year that Brewster had in 16-17 you're the favorite until someone proves otherwise and the Bobcats are indeed loaded with high-majors again this year. It won't be a walk-over though as they'll be more reliant on their frontline than they've been in recent years with a very young backcourt. NMH may not be quite as talented as Brewster on paper, but the pieces seem to fit particularly well this year with good balance and role definition throughout the line-up, supplmented by a couple of key additions.

New Hampton and St. Thomas More both project on similar paths. They're not going to win an arms race with either of their aforementioned competitors but they'll nonetheless be capable of beating anyone on any given night. NHS may be the best shooting team in the league and STM has the depth to go ten deep with anyone. Bridgton, may be slightly improved from last season, and will again aspire to play the role of spoiler down the stretch of the season.

For more on all five schools, please see their individual prep profiles.