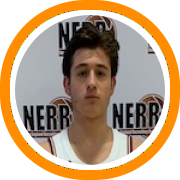 One of the best kept secrets about New England prep school basketball is its depth. Even the casual local fans have heard of most AAA schools or some of the top players to come out of the AA ranks. What most don’t realize is that Class A is also loaded with talent.

Consider this, in recent years alone the third highest league in the NEPSAC has produced one-and-done NBA first round draft picks, numerous high-major prospects, and consensus top 100 national prospects. Class A teams are loaded with college prospects, especially in the top half of the league where more often than not the vast majority of the team has a realistic chance to play at the next level.

The other thing that makes Class A unique is the collective quality of the coaching as the league is ripe with former college coaches and others who do a tremendous job.

Phillips Exeter Academy – They’ve set the standard with three Class A championships in the last five years but there are a lot of new faces in Exeter this season. Ben Eckstrom is probably the biggest returning contributor from last year’s team while fellow seniors Eric Anderson and Emmett Shell will provide valuable experience as well. The team will benefit from the addition of a few post-graduates most notably Tony Rocak, a skilled 6-foot-8 forward from Switzerland, as well as Zach Stenglein and Marko Mitrovic in the backcourt. There’s also a talented young base to build off of moving forward as sophomores Kerick Walker and Lucas Grandison are expected to play big minutes this season and be leaders of future Exeter teams as well.

Milton Academy – Stanford pledge Cormac Ryan is the best player in Class A. He’s highly skilled with good perimeter size and a high acumen for the game. He’s had a decorated career to date with the one caveat being that he hasn’t yet led his team to a championship, an accomplishment earned by most of the top prospects to come before him in Class A in recent years. To achieve that he’ll need to rely on his supporting cast. The frontcourt is strong at Milton with Cameron Shockley and juniors Dan Schlakman and Rhett Carter. Thomas Urquhart provides another hard-nosed guard next to Ryan while D.J. Murrell, Jake Seeherman, James Quinlivan, and freshman Casey Simmons should also contribute.

Loomis Chaffee School – If Ryan is the best player in Class A than Jaiden DeLaire is certainly the best junior. Unfortunately for Loomis, their star is out with injury for the beginning of the season. That may ultimately prove to be a blessing in disguise if they can get others to step up and be aggressive, making them only that much better when DeLaire returns. They have good depth and experience up front with Davidson pledge Nelson Boachie-Yiadom leading the way and Jake Glezen and Adeleke Kamara also back from last season. Sophomore Reece Brown is a talented long-term prospect as well. There are a lot of new faces in the backcourt with a pair of post-grads in Jalen Cobb and K.J. Harris along with East Catholic transfer Josh Menard.

Williston Northampton School – Just two years removed from back-to-back Class A championships of their own, Williston Northampton looks poised to reassert themselves among the class’ best this season. Charleston Southern commit Duncan LeXander is back and looks both more polished and versatile. He’ll have a nice running mate up front in Filip Rebraca, an inside-out forward from Serbia who made a big first impression at last weekend’s Coaches vs. Cancer Classic. Pomperaug graduate Josh McGettigan is also on board for a post-graduate year and making steady strides while Abdulraheem Abuissa gives them a rugged forward to do the dirty work inside. Michael Manley is a slightly undersized guard with a big game while Garrett Sullivan is a nice compliment as a big combo-guard. The return of senior Caleb Cost and much-improved junior Solomon Neuhaus solidifies the team’s backcourt depth.

Suffield Academy – Matt Fava takes over a team that has been to three straight Class A Final Fours and returns a solid nucleus along with a few key additions. The skill and passing of Bryant commit Patrick Harding should be a nice compliment to the motor and activity level of R.J. Mhoon up front. Sophomore Jalin Sinclair looks poised to assert himself as the team’s primary playmaker in the backcourt but he won’t have to go about it alone as junior guard Nkosi Cooper could be on the verge of a breakout season while Jaden Robinson will give them a spark on the wing. Angelo Santiago should also be ready to make an increased contribute as a sophomore as he’s gotten himself into great shape and extended his skill set.

Tabor Academy – The junior tandem of Noah Fernandes and Chris Herren Jr. gives Tabor one of the best backcourts in Class A and has led them to a 3-0 record out of the gates. Fernandes is a skilled and instinctual guard with a natural feel for the game while Herren has been putting up some big numbers to start his junior campaign. The key for this team’s ability to contend for a championship will be their supporting cast where four more juniors – C.J. Redd, Connor Peterson, Tyler Murray, and Michael Perry – will all play important roles.

Choate – The Wild Boars are off to their best start in years with early season wins over Andover, Taft, and Hill. Recent Princeton football commit Caden Dumas is as tough and efficient as they get up front in Class A this year while post-graduate Jayden Nixon gives them an explosive athlete and emerging prospect on the wing. Jake Sullivan, Brad Landry, Hunter Jameson, Matt Brady, and Yale football pledge Jaylan Sandifer also contribute for a team that is quickly developing a reputation for their continuity and competitiveness.

Hotchkiss – They are a program on the rise with a recent influx of talent that should make them immediately relevant and set-up for big things in future years. Post-graduates Tavien Kemp and Adria Amabilino-Perez give them two immediate impact players to join with returning senior Ryan ONeil. Amabilino Perez already has steady D1 interest despite missing most of the pre-season with injury while Kemp was the Western New York Player of the Year last season while averaging over 33 points per game. Junior big man Szilveeszter Palvolgyi has clear long-term tools to develop while the sophomore tandem of Kyle Jenkins and Miles Brewster could evolve into one of the best one-two punches in the league in coming years. There’s more talent in the freshman class with big wing Max Grossman and point guard CJ Mitchell.

Belmont Hill – Another team off to a tremendous start, Belmont Hill scored an upset over AA South Kent in their first game of the year and has ridden that wave of momentum to convincing wins over St. Paul’s, Rivers, and Nobles. They have a dynamic one-two punch in Brown commit David Mitchell and unsigned forward Jovan Jones. Together that duo provides them with size, physicality, scoring, and playmaking at this level.

Trinity-Pawling – The Pride have a deep and balanced roster that should help them compete for a spot in the post-season. Monmouth commit Nikkei Rutty gives them an athletic and physical presence in the middle while Sam Peek adds his length and skill to form a very potent interior duo. Brandon Redendo has been putting up big numbers to start the season, including 28 points last week over Westminster, while Beau Smith provides them with another dangerous and experienced weapon on the perimeter. Hayden Peek, Korey Lee, and Tre Fletcher have all contributed to the TP’s 3-1 start out of the gate as well.

Taft – The Rhinos have hit some early bumps in the road but have the pieces to be in the mix in the new year. Adam Drummond gives them a big lead guard with a high basketball I.Q. who will be a nice compliment to the scoring and shooting stroke of senior guard Shamir Johnson. Junior guard Connor Printz is another guy who can make shots and a sneaky good athlete while post-graduate Frank Lumaj will be asked to hold down the middle. The team has a bright future as well with Kai Kostmayer and Blessing Agbonlaho in the classes of 2020 and 2021 respectively.

Phillips Andover – This is a young team who may be a year or two away from truly contending in Class A but has a bright future. Dallion Johnson is a skilled scorer and one of the best guards in the 2020 class. Fellow sophomore Matteo Whelton is another high level three-point shooter but also a nice compliment with his basketball I.Q. and toughness. Jack Penney is a freshman with an early reputation who begins the season on the injured list while Derrick Herrick and Hogan Linzy provide some more seasoned and experienced players to help bridge the gap to the future.

Avon Old Farms – They may not have quite enough firepower to live up to the success from the past two seasons but this is still a team to be reckoned with in class A. Kehinde Aruwajoye provides an intimidating physical presence in the middle while post-graduate forward Brian Amabilino Perez, the twin brother of Hotchkiss’ Adria will have a chance to play a starring role this season. A young backcourt features the likes of Terrell Jarvis, James Wilborn, and Kyle Cuffe among others.

• UMass Lowell signee Bryce Daley leads a Salisbury squad that is looking to rebound from a disappointing 16-17 campaign and reportedly has some new young talent in the mix as well;
• Moses Flowers could assert himself as one of the better players in the Class this year but he’ll need help if Thayer Academy is going to make a run for the post-season;
• James Welch and Connor Gibson give Nobles a nice one-two punch as they fight for ground in both the ISL as well as Class A;
• It’s a family affair at Deerfield as junior forward Jackson Pitcher and freshman big man Bennett Pitcher will play for their dad on a team that is always one of the toughest and scrappiest in Class A;
• St. Sebastian’s will be led by senior Will Phelan while sophomore Trace Gotham is a prospect to watch moving forward in the class of 2020;
• Brunswick School has one of the best sophomores in the Class as Jack Molloy is a talented youngster with a very bright future who will be asked to play a major role this year
• A day school that competes against primarily boarding schools, Hopkins faces an uphill climb every year but has a pair of talented sophomores in Noah Delorme and Michael Lau along with junior Robinson Brown.
• BB&N will look to compete in the ISL behind captains Adam Buchanan and Tucker Impemba along with junior Ben Blackburn
• With Jason Coulombe’s return to the sideline Kent will once again be tough and competitive despite a roster that might not feature as many well-known names as in years past;
• Max Gordon begins his first year at the helm of the St. Paul School program where he'll rely on seniors David-Elijah Brown and Erion Jones while working to rebuild the talent base in the program.