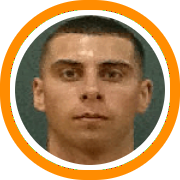 The N.E.B.A. Showcase took place on Sunday at Mount Ida College.  Standouts below.

Stacey Winn - East Boston HS '13 - With his combination of size, strength, athleticism, ability, and tenacity, Winn brings an interesting package to the point guard spot.  As he learns to simplify his game, Winn certainly has value as a prospect.

Zach Gattereau - East Boston HS '13 - Super long and athletic, Gattereau has the tools to play the game with his elbow at the rim.  As he gets stronger and more tenacious, Z.G. could emerge as a guy capable of making plays in a high-level game.

Steve Carangelo - Rivers School '14 - Strong-bodied left-handed wing who is solid in all facets of the game and plays a high-IQ brand of ball.  Valuable glue-guy who facilitates and makes his teammates better.

Kenny Ramos - East Boston HS '13 - High-energy small forward who uses his athleticism to play bigger than his size.  Hits the glass hard and capable of making plays above the rim.

Nisre Zouzoua - Brockton HS '14 - Smooth combo guard who plays with a nice rhythm to his game, using the bounce to create space and break down into his pull up game while at the same time making good decision on when to look for his offense.

Isaiah McLeod - Cambridge R&L '14 - Another guy who played with a nice rhythm, McLeod brings a little giddy-up to the back-court in terms of putting pressure on the defense and scoring the basketball.

Rohan Shukla - Roxbury Latin '15 - High-IQ wing did nothing all day but get himself to the right place at the right time to score the ball, moving to open space on the floor for perimiter knock-downs while also making the most of his opportunities to finish in transition.

Will March - East Boston HS '13 - Undersized power forward who makes up for his lack of length with strength, athleticism, and hard work.  Capable of rising up explosively to challenge at the rim on both ends of the floor.

Marcus Faison - Cambridge R&L '13 - Skilled forward with a big body and a nice feel for the game.  Posseses a soft touch in the lane and has a smooth back-to-the-basket game.