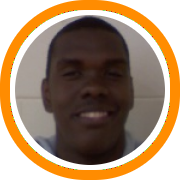 Brewster bounced back from a disappointing opening game at the showcase to score a hard fought and emotional win over Stoneridge.  Despite not shooting a good percentage from the floor, Naadir Tharpe did a nice job running the point for Brewster, scoring 11 points and handling out 8 assists against just 1 turnover.  But the real story was the dominance of Andrew Fitzgerald inside as he finished with 27 points and 14 rebounds in his match-up again Stoneridge’s 7’2” center Youssoupha Mbao.

South Kent gave Patterson their biggest test of the weekend, but ultimately the Cardinals were let down by their inability to make shots from the perimeter.  Kevin Parrom led all scorers with 13 points in what can only be described as a hard fought defensive battle.  With the win, Patterson finished the weekend with a perfect 3-0 record solidifying their spot as one of the top two programs in the country.  By going 1-1, South Kent improved to 3-1 on the season.

Lee Academy defeated New Hampton in dramatic fashion as Timothy Johnson followed up his own miss and put in a contest lay-up to give his team the one point advantage in the game’s final seconds.  While New Hampton suffered their second disappointing loss in as many days, Chris Gaston was the star of the day going for 20 points and 20 rebounds.  Maxie Esho once again led Lee in scoring with 14 points on 7-12 shooting from the floor.

NMH turned in their second dominating performance in as many days as they continued to execute their offense to perfection – spreading the floor, getting good ball and player movement, and knocking down open shots.  Laurent Rivard was the high man with 19 points as he knocked down four balls from downtown and also got loose in transition a few times.  Brian Fitzpatrick was a force inside converting 7 of his 9 shots while running the floor and battling in the paint.

The defending class B champions opened up a big first half lead behind the play of their big three – Alex Oriakhi, Jamal Coombs, and Gerard Coleman.  While MCI continued to fight back throughout the course of the game and chip away at the lead, they were never able to get over the hump.  Oriakhi was dominant inside with 20 and 16 while Coombs was effective from both the high post and the wing en route to 22 and 9.  Coleman made his living attacking close-outs after ball reversals as he created shots for both himself and others.  Mitch Rolls was impressive for MCI scoring 17 points.

There were various points throughout the second half when it looked as if Blair was about to open the game up, but St. Andrew’s was relentless and refused to give in.  Mike Accaoui picked off an inbounds pass and drilled a 30 footer to cut Blair’s lead to 3 with just 9.5 seconds left on the clock.  But ultimately time ran out for the Saints as Blair iced the game at the free-throw line to earn the hard fought victory.  Accaoui finished with four three-pointers and 12 points while Mike Carter-Williams had five threes and 15 points.