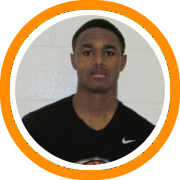 Today we begin the process of unveiling our updated rankings in the class of 2013 and first up is the state of Vermont where Daquein McNeil has been the consensus top ranked player virtually since day one at Vermont Academy.

In the time that has since passed, the Baltimore native has continued to separate himself from the pack not only by putting up big numbers in his inaugural season in the NEPSAC but also being at his best when the lights were on the brightest and VA’s competition was the steepest.

Missisquoi’s Matt St. Amour remains the state’s best local product, and second ranked overall prospect.  He led his Thunderbirds squad to a 22-2 record and the Division II state championship this year while providing some heroics with a 31-point performance in the semifinals.

Right behind St. Amour is Rice Memorial’s sophomore tandem of Casey Tipson and Marcus Willingham who helped led their program to a state championship of their own in Division I.  While they check in at three and four respectively on this list, they could be the state’s premier one-two punch over the next few years.  Tipson is a lead guard who does a little bit of everything – scoring, distributing, and rebounding the ball – while Willingham is a powerful forward with the physical tools to be productive at the next level.

Rounding out the top five is Tre Pratt-Hysell, a five-foot-ten guard from Rutland High School.  A sparkplug in the backcourt, Pratt-Hysell can be a virtual one man fast-break with his ability to create tempo but can also lock up on the defensive end.

Just on the outside looking in are Hartford’s Josh Claflin and Spaulding’s Brooks Mayo, two players who will lead the chase to crack the top five following the summer AAU season.