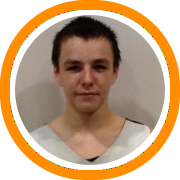 MB Nation’s Elite College Night provided a unique opportunity to see the vast majority of the top talent from the entire state of Maine in one showing as a select group of 30 players went through an hour of skill work and a second hour of game sets with roughly two dozen college coaches looking on.

Dustin Cole, Bonny Eagle – It came as no surprise that the junior guard was the star of drill work, but he was equally impressive once the five-on-five action began, showing his total game while establishing his pull-up jumper as a weapon.

Isaiah Bess, Penquis Valley – He’s been a fun guy to watch over the last six months because he’s got lots of natural upside and is starting to show flashes of putting the pieces together on an increasingly consistent basis.

Mike McDevitt, Greely – He might have helped himself more than any other player in the field in our eyes, showing a wealth of tools and versatility while very clearly establishing himself as one of the top talents in the state.

Tanner Hyland, South Portland – Brought a confidence and poise to his game that stood out as he was quick and efficient with his decision making, able to seize his own scoring opportunities and still distribute the ball.

Mitch Worcester, Washburn – One of the top talents in the state’s senior class, Worcester seems to have added a step since this summer and was among the most proficient players in the field at attacking off the catch.

Aaron Todd, York – He’s obviously a load inside at this level but he’s got some solid face-up tools in his repertoire that will serve him well when reaching the college level and incorporating his game into offensive structure.

Thiwat Thiwat, Deering – His combination of strength and athleticism was beyond any other player in the field and he used those tools to go hard to the rim while making enough shots to keep defenders honest from the perimeter.

Justin Zukowski, Portland – Another guy who is clearly no stranger to skill work, Zukowski showed well during the first hour and continued to stretch defenses with his shooting range once live action began.

Reuben Moses, Thornton Academy – Lots  to like about this guy beginning with the solid foundation he has to his game with a well rounded skill set and some untapped physical potential as he grows into his body.

Jayvon Pitts-Young, Portland – Another talented guard in the 2014 class, Pitts-Young was quick to the rim and also able to connect with a solid looking stroke from behind the arc.

Matt Talbot, Portland – The third leg of Portland’s talented junior trio, Talbot has the good size and soft touch to develop into a solid college prospect.

Nate Alexander, Edward Little – If you like shooters you’ll like this guy.  He’s physically undeveloped but the ball already comes out of his hands effortlessly from behind the arc.

Ben Burkey, South Portland – Sturdy forward with the naturally strong body to be successful inside and enough skill to stretch you to the perimeter.

Tyler Gilson, Oceanside – An undersized big man who doesn’t jump out at you at first glance but has a terrific understanding of how to operate on the low post.

Dominic Paradis, Spaulding (NH) – New Hampshire native who crashed the party and had a solid showing with some deceptive, and smooth, athletic drives.

Donnie Aggosou, Lewiston – He’s a breakdown style guard with a power game and was able to get himself to the rim virtually at will.

Kyle Bouchard, Houlton – As naturally talented a sophomore as we’ve seen in the state, Bouchard has a wealth of potential versatility at his finger tips.

Ben Malloy, Bonny Eagle – His skills were already well documented but the take-away here was all about this guy’s toughness and tenacity.

Jack Simonds, Falmouth – He’s got size and deep range with the southpaw jumper.  That’s nothing new but as long as he keeps raining threes that’s a good thing.

Shyheim Ulrickson, Mt. Ararat – He’s got terrific poise and presence for a young point guard, playing with his head up and never being rattled.

Thomas Coyne, Falmouth – The more you watch the more you like as he makes threes in bunches and has a knack for getting himself in range of his floater.