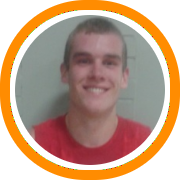 MB Nation hosted an East vs West style showcase on Sunday that displayed virtually all of the top talent the state of Maine had to offer.  To the credit of the players in attendance, the quality of the action stayed at a high level as the participants shared the ball offensively and gave a good defensive effort.  Here’s a rundown of the action:

Chris Braley made his return to his home state, and gave local fans something to dream about, as he teamed with Garet Beal, who recently committed to the University of Maine.  With Braley draining a series of his trademark jumpers and Beal showing plenty of playmaking in his own right, they formed more than a formidable duo.

Ultimately though, the west squad played the role of spoiler as Thornton Academy’s Jeff Gelinas iced the game at the free-throw line and South Portland’s Tanner Hyland scored MVP honors with a 23 point performance including threes, pull-ups, and drives alike.  Adam Ek also came up big in the backcourt, finishing with 14 points while making a number of physical drives to the rim.

Beal and Braley finished with 18 and 17 respectively for the east while Colton Bivinghouse added 10.  Mitch Worcester also did a nice job running the point for the west while Aaron Todd was a productive inside/out post for the east.

A talented junior class in the state of Maine represented itself well on Sunday afternoon.  Zach Gilpin went for a game high 19 points to earn MVP honors, showing his complete offensive repertoire in the process with pick n’pop threes and steady drives alike.  Brendan Newcomb caught fire in the first half, knocking down three long balls, and finishing with 15 points.  Isaiah Bess was the story in the second half, bringing the crowd to life with consecutive transition dunks and a pair of threes to match.  Trevor Lyford and Nate Alexander also played well for the east.

Dustin Cole led the way for the west with 16 points, seizing the all-star atmosphere to showcase his playmaking skills off the dribble.  Jayvon Pitts-Young was a worthy running mate on the perimeter, showing his quick springs on both ends of the floor.  Reuben Moses impressed for the second time this fall, showing a heady floor game, while Mike McDevitt showed flashes of the tools that make him one of the best prospects in the state.

A balanced offensive attack for the east ultimately allowed them to pull away from the west.  Caribou’s Dayne Savage was named the game’s MVP with 12 points including a variety of smooth drives complimented by extra passes.  Houlton’s Kyle Bouchard, Winslow’s Nason Lanphier, and Edward Little’s Ian Milekis all finished with 9 while Bangor’s Alik Espling chipped in with 8.  Ben Malloy stood out for the west, showing off a chiseled frame and consequently enhanced driving game to match his established three-point shooting.  South Portland’s Jaren Muller emerged as the game’s biggest surprises and leading scorer, finishing with 19 points while showing an impressive interior package.  Savage, Lanphier, Portland’s Garang Majok all played their way into the NERR database by virtue of their performances.

Hampden Academy’s Nick Gilpin scored 18 points en route to an MVP performance that led the East squad to the win.  Oceanside’s Keenan Hendricks added 10 points in a supportive role while Cony’s Matt Murray and Brewer’s Logan Rogerson added nine points each.  The West squad was led by Mt. Ararat’s Shyheim Ulrickson who scored a team high 13 points.  After that there was a trio who all finished with 9 in Falmouth’s Tom Coyne, Portland’s Joe Esposito, and Thornton Academy’s Corey Hart.