Mass Elite & Boston Warriors on the Be Seen Tour 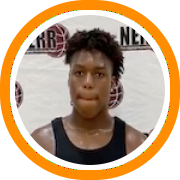 Mass Elite and the Boston Warriors brought their top college prospects together to host a stop on the Be Seen Tour last week and it proved to be a worthwhile night as we saw some definite college prospects that were previously under-the-radar.

Brandon Wiercinski, Lawrence Academy – Perhaps the most well-known prospect in the gym from his successful prep career playing for his father at Lawrence Academy, Wiercinski was a big part of a Spartan program that exceeded expectations this season and his shot-making and competitive edge were big reasons why. Franklin & Marshall, St. Lawrence, and Dickinson are reportedly among the schools recruited him the hardest at the moment.

Lence Altor, Austin Prep – Altor put up big numbers this past season and was the MVP of the CCL, yet remains still relatively under-the-radar. He exceeded our expectations in this setting though, showing very versatile tools and clear talent for the next level. Alter is a multi-positional perimeter player with good size & strength who is versatile enough to both make shots and attack off the bounce. He’s reportedly very under-recruited at the moment and would be a no-brainer for a variety of local small colleges.

Stuart McCallum, Middlesex School – We’ll have far more on this guy later this week as he’ll be featured in the NERR-TV virtual showcase, but suffice it to say he is a prospect for the most prestigious academic institutions in the country, with incredible qualifications in the classroom, and an under-the-radar hooper to match. McCallum has a strong body, high motor, solid athleticism, and increasing face-up skill and floor-spacing potential, not to mention a rapid learning curve given his recent ascension.

Adam Kozelian, Malden Catholic – He was the most pleasant surprise of the bunch and sleeper of the group. He’s still very much a work in progress but he’s a solid vertical athlete with good perimeter size and a virtually pure release on his jumper. That’s not a readily accessible combination, and so whatever the holes in his game right now, he’s a very intriguing long-term prospect and someone coaches will want to invest in developing in the coming years.

Jack Wirtanen, Catholic Memorial – He’s one of the hottest names right now among local college coaches with lots of interest from the NEWMAC and some in the NESCAC now starting to follow suit. Wirtanian is a solid athlete with a broad, powerful build. He can bully people around the rim, get downhill, and is working to extend his shooting range on a more consistent basis to match.

Tarmo Tari, Chelmsford – Another strong bodied forward, Tari wasn’t a sure-thing college prospect a year ago but he’s made great strides in his game and is now showing all the tools to take that next step. Beyond his powerful frame, Tari also has a high-release in, and around, the lane that allows him to score over top of smaller defenders and a very high motor.

Mason Lawson, Boston Latin – A quick and cut-up guard, Lawson has the burst, foot-speed, and physical tools to make plays on both ends of the floor. He can get to his spots off the dribble and has all the tools to be an impactful defender as well.

Juan Salas, New Mission – Salas was solid across the build with sound fundamentals. He caught everyone’s attention with a couple of tough jumpers but also showed good finishing touch at the rim and a well-rounded floor game.

Mike Gizzi, Austin Prep – He’s got a niche because he can shoot the ball and he made shots off both the catch and the dribble when we watched. He played within himself, took care of the ball, and executed his role.

Hassan Jenkins, New Mission – The 15-year-old rising sophomore is naturally strong with an already powerful frame. He could impose his will around the paint, even against players two-years his senior, but also shows signs of being able to stretch and extend his game in the coming years with good touch and some shooting potential. He’s produces at a high-level right now and is someone we will be eager to continue watching closely for the next three years.

Andre Mills, Archbishop Williams – Another rising sophomore playing up with the rising seniors, Mills was probably the best overall athlete in the field. The southpaw was above the rim with ease, throwing down some big finishes, and reacting quickly and instinctively to the ball. While his physical tools and upside are clear, he has a vast amount of untapped potential as he continues to develop his overall skill-set.

Stay tuned to NERR for the release of the full Mass Elite and Boston Warriors Be Seen movie trailer later this weekend.