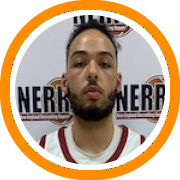 The Maine 2021 rankings were expanded this fall and now, mid-way through the high school season, they're getting a new update.

The name atop the list has not changed as Wayneflete's Dom Campbell remains not just the top ranked junior but also the most recruited prospect within the state's borders regardless of class. It was a huge fall for the skilled big man, and one that has been well-documented, after landing his first few division I scholarship offers and developing some major traction with numerous other division I schools.

York's Brady Cummins checks in as the second ranked player on this list and is a very intriguing long-term talent with his perimeter size, length, fluidity, and budding skill-set. He was one of the most impressive prospects at the Maine Open Gym this fall and has continued to impress this season.

Maranacook's Cash McClure made a big jump in the rankings following the open gym but has nothing but lived up to it since. He's highly skilled, equally smart, and putting up huge numbers this season. While it's true that he's not nearly as physically developed as others on this list, that also means that he has that much more upside to discover before becoming a finished product.

Thornton Academy's Dylan Griffin, a wide-bodied big with a skill-set and soft touch that extends out to the arc, and Bangor's Andrew Szwez, a big wing with impressive physical tools, round out the top five.