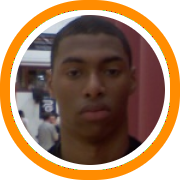 For Ricardo Ledo the process of earning an invitation to the Reebok All-American Camp began several weeks ago at the Headliner Tryout Camp.

That camp took place at the Mansfield SportsPlex and was a tryout not only for the Underclass Breakout and All-American Camps, but also for the New England Elite 75 Showcase.

Ledo played well enough to be one of the six underclassmen selected to go to Dallas for the Breakout Camp, featuring the top young players from around the country.

Last weekend, he joined other local products Alex Murphy, Dennis Clifford, Chris Sherwood, and Marcus Grant on the campus of SMU for three days of intense training and competition.

At the conclusion of the Breakout Camp, five players were selected to go on to the Reebok All-American Camp.  Both Ledo and Khem Birch were among those five, and so they will be among the 130 players heading to Philadelphia from July 7th to 10th.

New England will also be represented on the coaching staff at the Reebok All-American Camp as St. Andrew’s Mike Hart, Winchendon’s Mike Byrnes, and South Kent’s Kelvin Jefferson will be 3 of the 14 team coaches at the camp.

For Ledo, his selection to the All-American Camp is the culmination of a breakout spring travel season.  He’s established himself as a fast rising prospect on the national scene, and with his transfer to St. Andrew’s and reclassification to the class of 2012, he is now someone who high-major programs are taking note of.