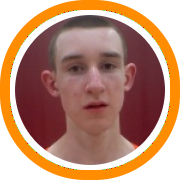 Over 30 college coaches were on hand for the first full day of Hoop Mountain’s Super Week I Camp on Monday.  Here is a look at some of the more intriguing storylines.

Ryan Canty vs. Dennis Clifford – Two of the best big men in the camp went head to head on Friday night.  While both young post players showed plenty of promise, Canty won the individual battle.  He used his strength and athleticism to dominate the paint to the tune of 26 points on a series of dunks and numerous blocked shots.  The only caveat was that the Tilton bound big man clearly would have fouled out if camp rules allowed it as he was trying to block just about every shot around the rim.  Clifford finished with 14 points and showed glimpses of his potential, but the majority of his production came when Canty was off the floor.  Nonetheless, the future Milton Academy big man did show us something new with expanded shooting range out to 18 feet.

Eric Alleyne vs. Allen Harris – The individual match-up between Alleyne and Harris was the highlight of the morning session on Monday as the talented duo went back and forth, guarding each other on both ends.  Alleyne was getting the better of the match-up early as he was doing damage with a series of pull-up jumpers and also finding people coming off the ball screen.  But Harris got it going in the second half as he got some opportunities to attack the rim in the open floor and was unstoppable in those situations.  Ultimately, there no was no clear cut winner as both players showed well and certainly impressed the college coaches on hand.

From North to South

The talent on hand at SWI isn’t just from New England as some of the most impressive prospects actually traveled quite a long distance to be here.  From the north, a good amount of Canadian talented has migrated south led by guard Lenny Austin, who appears to be a mid-major division I talent at first glass, and Seth Amoah, a tremendously athletic wing player who came up with the highlight of the day when he dunked over a 6’8” defender in the open court.  From the south came Michael Lewis a 6’8” rising sophomore who made the trip from Louisiana and has D1 written all over him thanks his obvious physical gifts.

There were a number of guys who are taking advantage of the opportunity to make a name for themselves with dozens of college coaches on hand.  Tops among them was Greg Nicol from the Taft School in Connecticut.  The 6’7” rising junior has a good understanding of how to seal and score on the block, a quick first step from the high post, and a knack for blocking shots including one especially bouncy block, pinning an opponent’s lay-up off the glass.

The Rivers School’s John Bulliet was another guy who turned some heads.  The combo forward showed a nice shooting stroke all the way out to the three-point line and some well school footwork on the low block with a series of face-up moves and subsequent fakes.

With ten guys on the floor and only one ball sometimes the best way to stand out in a camp setting is by playing especially hard.  A couple of guys who managed to do just that were North Andover’s Tommy O’Connell (MA) and Milton Academy’s Andrew Dowton (MA).  O’Connell played extremely hard, was strong with the ball on the perimeter, and found people with his passing.  Dowton didn’t get many touches in the team’s morning game but still made his presence felt by defending, rebounding, and competing hard.  His teammates rewarded him in the afternoon game as he got many more looks at the basket and responded by showing a nice touch from the perimeter.

C.J. Moss, Taft (CT) – He continues to get stronger and that’s given him extra burst going to the rim.  Moss attacked consistently, finished with both hands while taking the hit, and also made some nice passes off the dribble.

Russell Payton, Stratford (CT) – He could have been the morning session’s best guard.  A master at changing speeds off the dribble, Payton was assertive offensively getting to the rim and also knocked down a pull-up three-pointer.  He’s also boasting a bulked up physique as he’s obviously been hitting the weight room hard.

Craig Marriro, Newton North (MA) – Speaking of bulked up physiques; Marriro was sporting a tremendously powerful upper body.  His stellar play went a long way toward capturing the attention of some of the division II coaches in the house as the unsigned senior is still searching for a home for next season.

Kadeem Wint, Boston Trinity (MA) – Wint was a huge presence on the defensive end of the floor as he blocked a number of shots emphatically.  He rotated quickly from the weak side of the floor and came out on top virtually every time an opposing guard attempted to challenge him at the rim.

Tarik Smith, St. Paul’s (NH) – Smith hasn’t yet filled out physically, but once he does his ceiling could be very high.  He’s got all the skills to go along with the quiet swagger to be a very good prospect down the road.  There was a ten minute stretch during this afternoon’s game when he did a little bit of everything – finishing two and-one plays going to the rim, coming up with steals defensively, and even bouncing up to pick up a couple of rebounds.

•  Ethan Sperry battled inside and made the most of his touches
•  Alex Levine showed us another dimension to his game with his low post passing
•  Justin Turner scored going to the rim and showed a nice perimeter jumper
•  Dino Mallios was efficient running the show and making good decisions
•  Patrick Ackerman rolled to the rim for buckets and caught everything as usual
•  Jared Jackson played a tough point, handling/passing the ball & creating tempo
•  Marcus Dutkiewicz moved without the ball and showed a good feel for the game
•  Brian Salzillo is a pure shooter who was equally productive attacking close-outs
•  Braxton Gardner has size & strength to go along with a smooth lefty skill set
•  Jason Pierre is as talented of a guard as there is in the field
•  Aziz Dieng made some things happen on both ends of the court
•  Zach Taylor is an attacking guard with great quickness and a good handle
•  Jared Fay made a couple of big shots down the stretch despite being cold earlier
•  Robbie Burke is extremely versatile and does a number of things well
•  Alex Kershaw was impressive in the morning before going down with an injury
•  Jake Laga changes speeds well off the dribble and scores with a runner
•  K.C. Hoff finished plays going to the rim and boasted a powerful frame