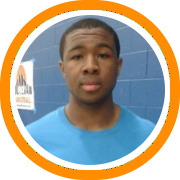 The final full day of Hoop Mountain Super Week 2 at Roger Williams University gave attending players the opportunity to have one last chance to showcase their talents for media and college coaches. Newly discovered players stood out in an attempt to build their name, while some of the same big-time performers came out to play, here are a few who impressed:

Johnnie Spears – Pingree point guard shined on both ends of the floor and gave more energy than almost any other player in camp. Spears not only can take defenders off the dribble, create for teammates, or shoot from outside, but he also plays great defense and is a major pest in the half court-as clearly displayed by how many turnovers he causes.

Matt Barr - The incoming Cushing Academy guard continued to play at a high level through the day on Tuesday, scoring over 20 points in all three of his games on the day including a 31 point performance that might have been the single best showing of the day.

Isaiah Robinson – Robinson has no problem throwing his body around and being physical with opposing players so that he can defend, score, and rebound. Robinson is transferring to Salisbury from St. John’s Prep this coming season, and with his strength and footwork on the low block, he should be in immediate contributor in the NEPSAC.

Quentin Bullen – Known primarily as a shooter before the event, he has shown the ability to score off the dribble and be a top scorer on his team. He’ll make himself into a nice college recruit as he continues to get stronger and improve his defense.

Matt St. Amour- A hard working wing player whose game thrives on energy and intensity, St. Armour has a great nose for the ball, runs lanes well, and score in several different ways from all over the floor. His rebounding ability is also underrated, St. Armour plays aggressive and has no problem boxing out and holding back players much bigger than he.

Andrew Kaufmann – Skilled face up four who can shoot it from out to 22 feet or make his way to the rim off the dribble. Kaufmann really increased the amount of aggressiveness he puts into his game(which could be a direct result of added confidence), and his game and recruitment have therefore benefited.

Marcus Faison – Faison undoubtedly has the skill and athleticism to be a productive college player. Gaining experience will be great for Faison, his athleticism and skills could point him in the direction of a bright college future.

Rob Skinner – An athletic guard who is at his best off the ball, Skinner is an underrated scorer with a nice skillset who can be a glue guy of sorts for any team he goes to. A tough competitor, Skinner undoubtedly can be counted on to become stronger and more athletic going into his senior season at Connecticut’s Gilbert High School.

Darren Gilbert - At first sight, Gilbert looks to be a point guard who can solely run the break.  As quick as he is, he excelled in the half court this morning.  He is not afraid to get his shot up, but his remarkably high assist-to-turnover ratio signifies his importance to his team.

Owen Murphy - Murphy is a solid big with a nice inside-out game.  His 17 ft jumper has improved, complementing his fundamental post game nicely. Murphy is a sound player who is always working hard on both ends of the floor, he has the ability to rebound at a very high level and finish above the rim in transition.

Jael Letang – Letang is a combo guard who does a nice job of creating shots for his teammates with his passing, but also likes to score off of a stepback jumper. He can shoot it out to mid-range, and will become a very tough guard as he increases his range to well beyond the three-point arc.

Matt Ozzella – The Medway product did a significant job today in improving his college stock. A combo guard who can hit jumpshots, get into the paint, or defend several different positions, Ozzella can be considered one of the true breakout players from Hoop Mountain this week.

Matt Locke – Locke is a long scorer from Rivers who shined today because of his skillset for such a young player. Locke will be a freshman this year, so with his strong outside jumper, rebounding, and ability to score off the dribble, will also come a lot of excitement about his potential for the future at Rivers.

Fredens Deneus – A long athlete who has a nice build and can shoot a little bit, Deneus stood out Monday with his shot-blocking but showed new dimensions to his game today by running the floor extremely well and proving himself among the best finishers in the camp.