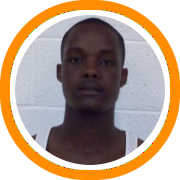 Day three of the Hoop Mountain Prep Classic included seven games of action and college coaches from places like Oklahoma, Vanderbilt, and others.  The action was fast and furious throughout the day with a number of players managing to distinguish themselves.

Adrian Oliveira was the bright spot for Brimmer, pouring in 28 points with a series of tough jumpers and his typical assortment of smooth dribble drives.  Fellow junior Jake Fay buried a couple of long range bombs of his own but it wasn’t enough for the local squad as a high powered MACK offense, led by the tandem of Quevyn Winters and Jamar Goodwin, proved too much to overcome.  Winters and Goodwin combined for 47 points to lead the visitors to the final leg in their 3-0 weekend.

The boys from Quebec City left Connecticut in impressive style, running away from IMG Academy for a decisive win on Saturday morning.  Axel Constant led Edouard Monpetit with 20 points, showing a strong and athletic offensive arsenal, while Pablo Chicas chipped in with 17 of his own utilizing his mid-range pull-up.  Seven-foot sophomore center Satnam Singh led the way for IMG with 16 points and 9 rebounds.

After an emotionally draining Friday night loss to Vermont Academy, and lacking the same fan support they saw a night earlier, PSA went back and forth with Satellite Academy for most of the first half on Saturday before pulling away in the second.  Dayshon Smith led five players in double figures with a game high 20 points while Shaun Lawton turned in his second consecutive impressive performance of the day.  Jonathan Joseph continued to run the show from the point, finishing with 12 points and 8 assists, while Keon Scott and Tyree Robinson finished with 12 and 10 respectively.

Vermont Academy was dominant early and often in this match-up as they made quick work of a Manhattan Sports Academy squad that was far from a push-over.  VA moved the ball beautifully from the onset, whipping it around the court and making the extra pass for easy scores.  Dominic Woodson continued to be a dominant interior presence while Jamel Artis had his complete game going, not only scoring the ball in a multitude of ways but also handling and creating for others.  Donelle Munda provided a spark as an open shot maker while Daquein McNeil made plays on both ends.

Marianapolis opened strong with a 10-0 run, but Proctor wouldn’t be discouraged, going on a 12-4 run of their own in the next three minutes to make things interesting mid-way through the first half.  That would be as close as the game would get however, as Marianapolis would break it open from there.   The game was a coming out party for Greg Senat, who demonstrated a complete low post game and mid-range skill set.  Nigel Sydor was also impressive, connecting on three three-pointers and grab four steals.  Kachi Nzerem battled on the boards for 9 rebounds and connected on four long balls of his own.

After a back and forth first half, REDA was able to jump out to an early second half lead behind Shaq Kieth’s prime time performance. Kieth scored 21 points and corralled 6 rebounds from the wing. He got a roar from the crowd on his tomahawk dunk to start the second half. Connor Wood connected on three three-pointers and displayed sneaky athleticism rejecting two shots from the weak side of the floor.  Richard Andu hit four clutch threes and attacked the rim at will. Nia’s comeback was sparked by Ant Erv’s 25 second half points.

The headline of this overtime game was Darrick Wood (Bridgeton) versus Davon Hayes (Mont Clare). Wood, the St. John’s signee, hit a barrage of pull-up three’s, mid-range jumpers, and attacked the rim scoring a game high 34. Malik Nichols slashed his way to 20 points and added 7 rebounds and 3 blocks. The 6’6” Hayes scored in a multitude of ways and netted the game winner for MCA, finishing with 28 points and 6 assists.  The MCA Big man, Allen Dempster scored 20 points, grabbed 12 boards, and blocked 3 shots. Keith Washington showed why he is receiving mid major recruitment as he scored 24 points and tallied 6 assists.

Dunk of the day - Darrick Wood’s and-one transistion dunk in the first half of the MCA/Bridgton game.