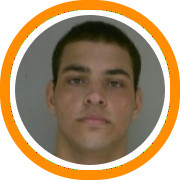 The two teams battled back and forth throughout the first half until Choate was able to go on a 6-0 run and take a 28-20 lead into halftime.  Sophomore point guard Luke Matarazzo controlled the game for most of the first half, scoring 18 of his team’s 28 points, and finishing with a game high 26.  Although Choate held a double digit lead throughout most of the second half Wilbraham didn’t give up and was able to cut the lead to 6 with under four minutes to play.  Nick Justiz made some big plays down the stretch finishing with 12 points and 6 assists while Kyle Kesses got above the rim to pull down several key rebounds en route to his 14 point 12 rebound performance.  Mike Ryce, who was forced to sit most of the first half with foul trouble, scored 11 second half points including two rim rocking dunks.  Alan Williamson led W&M with 12 while Sean Cunningham contributed 11.

With Michigan Head Coach John Beilein in the stands, Tucker Halpern led the way for Nobles with 21 points. Jake Gruber chipped in with 12. Hebron was led by Greg Austin's 12 points on 4 3-pointers. Nobles raced out to an early 11-4 lead and never looked back. They led 40-17 at halftime.

This was one of the most well played games of the entire tournament.  Blair played tremendous team basketball and used balanced scoring to take their biggest lead of the first half at 38-29 before Vanier closed the period on an 8-0 run cutting the gap to 38-37. Vanier took their first lead at 44-42 four minutes into the second half, but Blair countered with 17-4 run to take control of the game. Vanier could only get as close as 4 before Blair put the game away in the final minutes. Jarrett Mann (committed to Stanford) led the way with 22 for Blair. Austin Johnson and Alex Vouyoukas (committed to Davidson) chipped in with 19 and 18 points each, respectively. Vanier was led by Hernst Laroche with 14 points, and Anaclet Mbayi with 12.

Marianapolis used an 8-0 run out of halftime to erase at 48-42 deficit, and closed the game on a 21-7 run to sprint past Notre Dame PGs 99-79. Marianapolis turned up the defensive pressure in the second half and got out in transition, outscoring Notre Dame 57-31 after halftime. Corey Wright Jr. led the outburst for the Golden Knights scoring 17 of his game-high 29 points in the second half, consistently getting to the basket and finishing. Mike Myers-Keitt scored 12 of his 19 in the second half as well, and gave Marianapolis the lead for good on a put-back with 12 minutes to go. Reuben Cabrea chipped in with 12 points, and Aaron Strothers added 10 for Marianapolis.

The Marianapolis second half outburst overshadowed a great performance by Notre Dame in the first half. Led by Malik Smith and Adam Braswell they got off to an 8-2 start out of the gates and with seven minutes to go in the first half had pushed their lead to 11. Smith netted 15 of his team high 20 points in the first half, including 4 3-pointers, a couple coming from NBA range. Braswell chipped in with 10 of his 12 points in the first half as well. Alex Dempsey had a strong second-half for ND, finishing with 17 points.
The story of the game was Wright Jr. though, as he took over the game in the second half. With Marianapolis leading 78-72 at the 7:00 mark, Wright scored seven straight points, the final points coming on a traditional three-point play bringing the crowd to its feet and putting the game out of reach.

After a back and forth first half Brimmer & May took control of the game going into the locker room on the strength of their outside shooting. The Gators hit 6 first half 3 pointers and closed the half leading 37-29. Brimmer & May pushed the lead to double-digits early in the second half and took their biggest lead at 61-40 with about eight minutes remaining. Kyle Casey led the way for Brimmer with 21 points, followed by Brendan Rollins with 16, and Brian Johnson with 15 points, all in the first half. BB&N was paced by Michael Dichiara with 18 points, and Zach Kahane, who had a strong weekend, with 17. Jacob Kahane chipped in with 10 points as well.