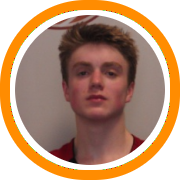 Mansfield, MA - The Hoop Mountain Invitational kicked into full gear on Saturday with college coaches covering the courts throughout both Mass Premier courts and Mansfield Sportsplex.  Here's a look at some of the guys who stood out:

Matt Staubi, 2014, Team Frenji - Staubi controlled the pace of the game. He showed almost unlimited range on his pull up jumper and distributed the ball to his teammates in transition with great efficiency. Staubi's basketball IQ is far beyond his years.

Chima Azuonwu, 2014, Team Frenji - The raw big man again showed great potential on Saturday with a barrage of thunderous dunks and impressive out of area rebounds. Azounulu's combination of size at 6'10" and athleticism is a rare commodity.

Zach Gilpin, 2014, Maine MAC - The physically gifted front court player did a little bit of everything on Saturday. He was able to score from the wing with a nice mid-range jump shot and in the paint with a variety of finishing moves. Gilpin's best attributes might be on the defensive end where he dominated the glass.

Jeff Spellman, 2014, New England Playaz - The heady guard was productive all day making shots from downtown, showcasing his highlight reel athleticism, and helping to create easy finishes for his teammate.

Aaron Falzon, 2015, New England Playaz - Falzon illustrated why he is already receiving a great deal of Divison I attention today. The prototypical step out four man hit trail three pointers and found a way to score in the post when his team needed a key basket.

Johnnie Spears, 2014, Expressions - Spears was a monster in transition getting to the basket at will all day. He also displayed his defensive ability collecting steals as both an on and off the ball defender.

Craven Johnson, 2013, Team Impact - The power wing showed a myriad of offensive skills, but was most effective driving the ball from 15 feet and finishing at the rim. Johnson had multiple 20+ point games today.

Colin Richey, 2014, BV Chaos - Richey is a do it all guard who stuffed the stat sheets today. He scored from beyond the arc and in the paint. More impressively, he set up his teammates with great passes and snagged rebounds on the offensive and defensive end.

Devin Williams, 2013, Bay State Flash - Williams played a great floor game on Saturday. His ability to change speed and direction impressed coaches and illustrated why has become a legitimate scholarship candidate this Spring.

Chris Walters, 2013, USAD- The high flyer finished everything around the rim on Saturday. In the up and down style play Walters found a way to separate himself from the pack.