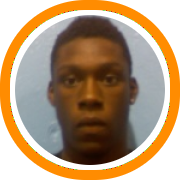 Tilton/Proctor Basketball Tournament
The event kicked off Thursday night as the host Tilton faced off against the Berkshire School and Ben Felix who has already committed to Northeastern. 6’5 sophomore Givon Crump (pictured above) led a Tilton second half run that extended their 8 point halftime lead well into double digits. Crump finished with 23 points, 5 rebounds, and 3 assists while Bentley bound forward Joe Fremeau chipped in with 18. Also playing well were Michael Flemming who showed off his outside shot for 8 points and Mehmet Sahan who returned from a sprained ankle and Caleb Butler who both scored 7 a piece. Can Ozkaner ran the show dishing out 7 assists and picking up 4 steals in his team’s big 76-48 win. Tilton picked up right where they left off the next day defeated Tabor Academy 68-44 in a game that was never close. Again Crump led all scorers with 19 points going 5-5 from behind the three-point line while Fremeau played a supporting role with 14. Tilton went on to win both of their games on Saturday, defeating Canterbury 56-46 behind 17 points from Caleb Butler and 15 points, 6 assists, and 6 rebounds from Can Ozkaner and were led by Mehmet Sahan’s 17 points and 10 rebounding in knocking off a young but talented Cushing Academy team 70-59 for a perfect 4-0 record on the weekend.

Also undefeated for the weekend was Kimball Union Academy who defeated Canterbury 58-54, Tabor Academy 57-38, and also upset reigning class B champions St. Andrew’s in overtime by a score of 71-66 behind 35 points from Brian Tracey. Tracey also scored 20 versus Canterbury and another 14 against Tabor. His brother Matt Tracey had a very effective tournament as well chipping in 14 points in all three victories. After such an impressive weekend performance it is obvious that KUA is a force to be reckoned with in the Class B division.

Cushing Academy was also able to knock off St. Andrew’s by a score of 80-77 behind three late free-throws from freshmen phenom Phil Pressey who finished with 18 points, 10 assists, and 6 rebounds. The front line of fellow freshman Ron Giplaye and sophomore Kevin Barr were solid the entire game securing 14 points 10 rebounds and 10 points respectively. In their only other game of the weekend Cushing knocked off Berkshire 62-54 to finish 2-1 for the tournament.

St. Andrew’s defeated Williston Northampton 51-36 in their other game to finish a disappointing 1-2 for the weekend. But don’t rule this experienced team out just yet as this tournament may be just enough to motivate this talented group of players through the remainder of the season.

The third undefeated team of the tournament was the co-host Proctor Academy. Proctor, who lost athletic swingman Carlos Bryant to a broken arm earlier in the season, won their first game against Williston Northampton 49-29 in a tough and highly contested defensive battle. Phil Wait and Anthony Fortes both knocked in 20 points in their second win against Tabor Academy by a score of 64-52. Wait again led the way in his team’s final game scoring 21 points in a 68-46 win against the Canterbury School. Anthony Fortes finished with 13 while Christian Yemga chipped in with 14 as well. The fourth and final unbeaten team in the field was Thayer Academy who bettered the Berkshire School 59-41 on Friday, and Williston Northampton 44-34 on Saturday. Thayer was led by the athletic and explosive Jamal Turner throughout both games.

Bob Southall Holiday Tournament at Loomis Chaffee
Phillips Academy of Andover and Deerfield Academy were both victorious in their first two games to advance to the finals of the tournament on Friday evening. Andover dominated the game for all 32 minutes en route to a 61-33 victory. 6’8” guard Jelani Floyd showed his potential throughout the tournament demonstrating his terrific size and length for a perimeter player along with productive ball-handling abilities and a solid mid-range game. Also impressive was 6’5 swingman Matt Silva who knocked down several high arcing three-point attempts throughout the weekend, especially in the team’s first game of the weekend. Future division I lacrosse player 6’8 Morgan Griff was able to hold things down on the interior rebounding the ball and providing his team with a low post scoring option. Deerfield advanced to 6-1 on the season after advancing to the finals.

Advancing to the semi-finals of the tournament was the host Loomis Chaffee as well as the Salisbury School. Loomis was led by the threesome of Pat Meggers, Pat West, and Sam West. Meggers a 6’2 junior swingman demonstrated the ability to get to the rim off the dribble and finish inside close range. Lacy is a 6’5 versatile forward who can play either on the post or perimeter while West is a very fundamentally sound floor general with a high basketball I.Q. Loomis was also able to knock off Salisbury to secure third place for the tournament. Salisbury was perhaps the deepest and most athletic team in the field. 6’1 junior guar Lavar Moore, 6’5 sophomore guard Jarrid Bryant, and 6’5 sophomore Jamual Bryant were all very impressive and make Salisbury a team to watch throughout the next few years.

Other teams in action were Suffield Academy, Taft, Gunnery, and Kent. Suffield went 1-2 for the tournament falling to Deerfield in the opening round, defeating Taft in the consolation game, and then falling to Kent. Taft was also 1-2 but saw solid play behind the trio of 6’6 senior forward Tim Gallagher, 6’2 senior guard Tom Baudinet, and 6’2 post-graduate swingman Jay Riffe. Gallagher is an extremely skilled big man who runs the floor, rebounds, and can make shots from the perimeter, Baudinet is a natural scorer who can put the ball in the basket in a variety of ways, and Riffe is a three-point shooting specialist who is lethal when left open. 6’7 forward Greg Loggins who is already committed to Canisius led the Kent School to a 2-1 record and was the top player in the tournament. Logins was a match-up problem all weekend long showing terrific moves on the block and shooting range to outside the three-point line.

Lawrence Academy-Groton Holiday Tournament
Cheshire Academy, Choate Rosemary Hall, Marianapolis Prep, and Moses Brown joined the two host clubs for the two day tournament. Marianapolis Prep and Lawrence Acacdemy advanced out of their individual brackets for a final that paired two schools that squared off less than two weeks prior. This time Lawrence Academy avenged their previous loss to Marianapolis and claimed the tournament championship with a 53-44 victory. The talented and athletic backcourt of 5’8” junior point Stevie Mejia and 6’4” senior guard EB Davis led the team throughout the event. Also impressive was 6’3 sophomore swingman Darryl Cato-Bishop and two freshmen products in 6’2 guard Sarkie Ampin and 5’11 guard Denzel Brito. The win culminated a weekend that saw LA also defeat Moses Brown by a score of 61-47 and Cheshire Academy 61-51. Marianapolis had a much easier time advancing out of pool play dominating both of their pool play games with a deep and balanced attack. Barry Latham, Behiya Ba Nguindjel, and Nikoal Vukadinovic continued to impress as did 6’5 sophomore swingman Toso Adebamowo who showed good athleticism and skills over the course of the weekend. Cheshire Academy won the third place game with a 2 point victory over Choate Rosemary Hall. Quinnipiac bound big man Ed Zayjac was steady for Cheshire throughout the weekend scoring on the interior and being active on both backboards. Choate was led throughout the weekend by the play of 6’3 senior guard Conor Meehan, especially in their victory over the Groton School where he scored 33 points including 22 in the second half after becoming very ill at halftime.

Kingswood-Oxford Invitational Tournament
Hebron Academy was able to hold off the host club for a 57-47 vicotry and come away with the tournament championship. 5’10 senior point guard Steve Ramos led the way for Hebron in the championship game scoring 24 points and knocking down 3 shots from behind the arc. Blair Campbell chipped in with 13 while Greg Colarusso came up with 10. Kingswood-Oxford was led by Jon Guest who was the only member of the team to score in double figures with 16.

A day earlier it was 6’6 post-graduate swingman Charles Hinkle who led Hebron to a dominating win over St. Luke’s in the semi-final. Hinkle put on a show with his mid-range game and three-point shooting, especially in the second quarter when he poured in 12 consecutive points. St. Luke’s was led by 6’9” forward/center Devin Hill who showed exceptional shot blocking ability and sound scoring ability from both the interior and perimeter. The point guard battle in this game was also fun to watch as Ramos knocked down numerous shots from the perimeter against the St. Luke’s zone and 6’2 junior Zach Dugas went to the rim hard off the dribble and also showed the ability to drain the three-pointer.

In the other semi-final KO dominated St. George’s 60-33 and were led by Scott Seidor and his 28 points. Seidor showed a very quick first step and attacked the rim with authority as well as knocked down open three-point shots. Jon Guest and Jordan Mack also contributed with 12 and 11 points respectively.

Also impressing during the tournament was Watkinson’s 6’5 junior forward Stanford Dulaire who may have been the most athletic player in the tournament, Westminster’s 5’10 junior guard Alex Maharaj who scored 17 points including 5 three-pointers against Hopkins, and Robert O’Brien who scored in double figures in all three games for Hopkins.