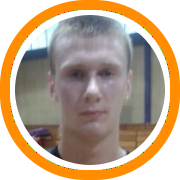 Evan Hole made a verbal commitment to Assumption College on Thursday.

Hole is a six-foot-five swingman who graduated from Portsmouth High School in Rhode Island last year before opting for a prep year at the Salisbury School.

Unfortunately his post-graduate season would be cut severely short after suffering a season ending injury only a few games into Salisbury’s schedule.

Known for his work ethic and three-point marksmanship, Hole is a player who should offer good versatility at the college level with his combination of size, length, and skill.