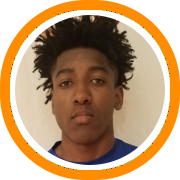 We’re now less than one week away from the Elite 75 College Showcase and interest continues to swell as we remain focused on bringing in prospects in the class of 2019 that have a chance to compete for scholarship level looks.

There are a number of factors that make this one of the most unique exposure opportunities in New England. There’s the fact that we hire exclusively division II coaches to work the event, that there were over 80 coaches in attendance last year for less than 100 players, or that the event consists entirely of structured competition that measures prospects in actions translatable to the college game.

The real proof though is in the fact that there were 14 different players, who didn’t have an offer to their name at this time last year, that went on to earn a full athletic scholarship.

Unfortunately there’s another list of prospects too – ones that thought themselves too good to attend because people had been telling them they were D1 players their entire life. How many of these guys ended up earning scholarships? Far less.

The reality is that when you’re a rising senior the only thing that matters is who is recruiting you right now. Maybe you had a reputation as a division I player. Undoubtedly you have division I schools still trying to get you to pay for their elite camp. Maybe you even held an offer in the past.

But if you don’t have an offer that you can commit to today – this is the event you need to be at.

Recruiting is, more often than not, a gradual escalation. Those who end up earning D2 offers were first D3 priorities. Those who crack the division I ranks, often had their choice of D2 suitors prior to that.