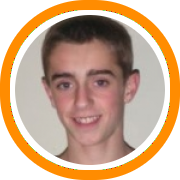 Best Performances of the Day

Domonique Bull, 6’3”, G/F, Cushing Academy, 2012 – Let’s set the record straight right away.  Yes he repeated his freshman year.  But no he isn’t much older than all the other players in the class of 2012.  In fact, he’s right where he should be according to his age and birthday.  But regardless of class, Bull was probably the most dominant player in the field this weekend.  He got his shot whenever he wanted, but to his credit was more than willing to set up teammates.  Bull will undoubtedly be one of New England’s best for the next four years.

Egi Gjikondi, 6’8”, C, Malden HS, 2011 – His body looked good as he has added quite a bit of upper body strength and a noticeable cut.  He was dominant at times inside scoring at will in a variety of ways and also rebounding the ball and blocking shots with good consistency.

Canaan Severin, 6’3”, G/F, Marlboro HS, 2011 – The Marlboro swingman has a tremendously high upside.  He has a combination of size, strength, and athleticism that was virtually unmatched on the day which allowed him to make a variety of plays in the open floor and around the rim.

James Kennedy, 6’6”, PF, Cushing Academy, 2011 – By far the most physically dominant player in the field.  We were almost worried some kids were going to get hurt trying to guard him.  He was just beasting people inside while showing good springs and a nice touch on his turn-around jumper and spot up jump shot.

Tyler Strange, 5’10”, PG, Cushing Academy, 2011 – The sophomore point guard was constantly setting up teammates off the dribble.  If we were charting assists he would have been far ahead of the guy in second place.  The trio of Bull, Kennedy, and Strange gives Cushing a terrific young base for the next three years.

Jaymie Spears, 5’8”, PG, Georgetown HS, 2011 – When he’s matched up against players his own age you can see just how talented he really is.  He couldn’t be stopped on the offensive end as he was silky smooth getting to the rim, elevating for the mid-range pull-up, or knocking down open threes.

Steve Wynn, 5’11”, G, New Bedford HS, 2012 – Other than Bull he might have been the best freshman in the gym.  He has a gear beyond the rest of the pack and is able to make a variety of plays off the bounce.  Add in a good nose for the ball and a capable outside shot and you’ve got a recipe for a big time player down the road.

Rakim Smith-Lartey, 5’6”, PG, Somerville HS, 2012 – He played his best basketball in the freshmen all-star game where he controlled the flow of the game.  He’s good with the ball and has a lot of tricks up his sleeve.  He’s very crafty inside the lane and able to get a lot of things done.

Rene Castro, 6’0”, PG, Milton HS, 2012 – A busy guard who is active and long.  He’s a good athlete who always seems to be in the right place at the right time.  He was blocking shots on the defensive end and showing a high basketball I.Q. on the offensive end.

Victor Aytche, 6’3”, G/F, Springfield Central HS, 2011 – Aytche was utilizing his athleticism to make plays on both ends of the floor.  He was slashing to the basket, elevating to finish, and guarding well on the defensive end.

Others Who Caught our Eye

•  Shaquor Sandiford, 6’2”, G/F, Malden Catholic, 2012 – swingman who was at his best in transition, really knows how to finish