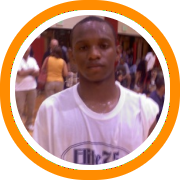 Saturday’ New England Elite 75 Showcase – Frosh/Soph Edition was the first opportunity for players in the class of 2014 to prove their worth on the high school level and many of the region’s most talented youngsters didn’t let the chance pass them by.  Here is a look at some of the day’s most impressive performances:

Levy Gillespie Jr., Capital Prep – A previous standout at Junior Elite 75’s, Gillespie has grown into a big point guard with the tools to be one of the top players in the class.  He sees over the defense, has the handle to break down his defender, and is an instinctive playmaker in the open floor.

Jared Wilson-Frame, Windsor – With a plethora of physical tools and a well developed skill set, Wilson-Frame has a tremendous ceiling if he continues to work hard and develop his game.  He has the size and strength to bully his peers but can also step out to three and knock down shots.

Aaron Falzon, Newton North – Falzon was the most consistent low post scorer among the freshman.  He knows how to post, goes right into contact, and has a soft touch around the rim but is also skilled enough to step out and shoot the ball consistently.

Jeremy Miller, Milton – He has undeniable star potential.  While he is still raw, learning the game, and still developing physically, anytime you have a young big man who can move and has some touch around the rim you know he has great upside in this game.

Johnnie Vassar, Lawrence Academy –Vassar is already a well known player after having a lot of success during his middle school years.  He’s added a ton of bounce to his game, which compliments his tight handle and quickness, enabling him to not only make plays off the dribble but also finish above the cup.

Idris Taqqee, Cusing Academy – The scoring swingman showed a full offensive arsenal.  He is a driver first and foremost, showing great ability to get to the cup and finish, but also showed a pull-up jumper and dependable three-point range when the defender played off him.

Jackson Donahue, Stonington – Arguably the best shooting freshmen in the field, Donahue is virtually automatic when in rhythm and also very capable of making contested shots.  With great tenacity and toughness to match, he projects as a very intriguing prospect.

Dustin Cole, Bonney Eagle – As skilled as he is competitive, Cole has a terrific fundamental base with the ball in his hands, capable of handling against pressure or drilling long jumpers.  He combines that with a high basketball I.Q. and great motor as he out-hustled everyone on the court.

Patrick Benzan, Cambridge Rindge & Latin – A cerebral floor general with a feel for the game beyond his years, Benzan is super clever and very crafty.  He uses his body well, misdirects the defense with various fakes, is a consistent decision maker with his passing, and a capable scorer in his own right.

Kahari Beaufort, East Hartford – A strong and athletic swingman who has both the first step to blow by his defender and the physical strength to go through him, Beaufort consistently drives the ball to the rim and finishes above the rim and through contact.

Winston Morgan, East Catholic – Morgan is a creative lead guard who is at his best playing north to south but also capable of making plays east to west.  He has good quickness to match a strong and compact frame and can also score the ball in the mid-range area.

- Peter Bocchino is a skilled guard with a high basketball I.Q.  He goes to both sides with his dribble, shoots it with a quick trigger, and has an innate feel for the game.

- Jalen Adams is a scoring slasher who had perhaps the most acrobatic play of the day, driving past his man, spinning away from a second defender, and finishing an off balance reverse lay-up in stride.

- Andrew Cartwright is an inside-out post who scored over both shoulders on the block and also stepped out to 15 feet to make the face-up jumper.

- Brian Mukasa is a lefty guard who can shake his defender off the dribble and also knock down his perimeter jumper.