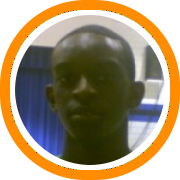 Sunday’s nightcap featured two time defending state champions Hillhouse High School as they went up against Fairfield-Ludlowe.  This match-up was clearly a battle of two different styles of play as Hillhouse was looking to push the tempo with their full court pressure and transition game, while Ludlowe was attempting to slow down the game and execute their offensive with a variety of back door cuts and back screens.

With just under two minutes to play the game was tied at 63, until Hillhouse’s freshman sensation Fred Wilson drove the lane and converted an old fashioned three-point play.  But Wilson wasn’t done yet.  On the next possession he knocked down a three-pointer from the wing to give his team a 69-65 lead that they wouldn’t relinquish as they went on to win 75-67.

While Wilson’s heroics down the stretch were very impressive, it was junior guard Jeremy Moore (pictured) who shined throughout the majority of the game scoring a game high 21 points.  Moore’s full offensive repertoire was on display as he knocked down open threes while also showing an ability to attack the rim.  5’8” senior guard Gordon Watkins was also impressive as he knocked down some timely threes late in the second half as well en route to 15 points.

Notre Dame-West Haven 88  Wilton 59
In the day’s first game Notre Dame High School of Fairfield dominated Wilton High School.  Greg DeSantis led all scorers on the day as he poured in 30 points with a variety of jumpers, dribble drives, and floaters.  DeSantis continues to show why he is one of the most improved players in the class of ’09 and now must be considered a legitimate division I prospect.

Notre Dame’s other guard, sharp-shooting Matt Maya scored 12 points while showing off his potent three-point stroke and quick release.  6’2” senior guard Elijah Everett led the way for Wilton with 22 points as he slashed to the rim at will.

Stratford 56  St. Joseph’s 53
Stratford’s three headed sophomore monster led the way as Brandon Sherod, Russell Payton, and Jason Charles were all impressive.  Sherod, a 6’5” power forward, showed impressive physical strength along with a soft interior touch while Charles knocked down two three-pointers and slashed to the rim consistently for 12 points.  Payton finished with only 6 points as this wasn’t his best performance, but more importantly he showed an improved stroke from behind the three-point line that when combined with his ability to get to the rim will make him an intriguing college prospect down the road.

Despite the loss, St. Joe’s still figures to be one of the toughest outs in the FCIAC this year.  Greg Langston did his best work down the stretch as he scored 14 of his 18 points in the second half.  Robert Harrigan also made some timely threes towards the end of regulation while Nick Gerrity was impressive in spurts as well.

St. Luke’s 72  Masuk 67
This game was the battle of the point guards as Zach Dugas led St. Luke’s against Steve Zazuri and his Masuk team.  Zazuri owned the first half scoring 18 of his game high 28 points on a variety of high arching three-pointers and dribble pull-ups.  But the second half belonged to Dugas who settled down after halftime to pour in 21 points in the final 16 minutes.  Dugas consistently used a ball screen to free himself for the 15 pull-up jumper that simply couldn’t be stopped.  Overall, this was the best individual match-up of the day as both point guards played extremely well.

Also playing well was Kabeya Kabongo who slashed his way to 18 points and Bassick High School’s Braxton Williams who filled in for the missing Devin Hill on St. Luke’s frontline.

Career 73  Bunnell 44
Career dominated this match-up from the get go as their depth and speed proved to be too much for the opposition.  While Ray Askew led the way with 15 points it was the Career freshmen who turned some heads.  With big men like 6’5” Kevin Hoff and 6’6” Darryl Best Jr. along with guards like Brandyn Benson and Drew Crudup it appears as if Career is about to embark on a very successful four year spurt.  Hoff was particularly impressive on this night as he worked his way to a double-double scoring 10 points and pulling down 11 rebounds.

Ryan Butler was the lone bright spot for Bunnell as he scored 27 points on a variety of moves including three-pointers, dribble drives, and athletic finishes.