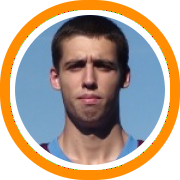 Sunday was championship day in Hartford as seven teams earned the title of Connecticut’s best.  Among those were the Connecticut Basketball Club in the 17u & 16u divisions, and Connecticut Elite in the 15u division.

Of all seven divisions, the 17’s had the least amount of competition as CBC blew out their opponent in each of their four games, not winning any contest by less than 20 points despite playing without Majok Majok, Dominique Langston, and Jefferson Lora.  The exclamation point came in the finals when they beat CT Select 71-38.  Phil Gaetano set the tone in the first half with his shot making and pinpoint passing while Denzel Jones and Will Tye formed a lethal inside duo.  Gaetano finished with 18, Tye 17, and Jones 16.

The 16 final was no more dramatic as CBC again ran away with this one, knocking off the CT Hoopstars.  Jakarri McCallop was the story in this game as he showed what a force he can be when he comes ready to play.  “Champ” had a number of highlight reel dunks and was tremendous on the glass all night long.  Tyrus Weaver also stood out in this one as he showed his patented shooting stroke early and got others involved with his quickly developing playmaking skills later.

The 15 final was a bit closer, but ultimately there was little doubt that Connecticut Elite was the cream of the crop in this age bracket.  The squad was as deep as any we saw on the weekend (in any age bracket) and featured 12 players capable of stepping up and hurting the opposition.  Particularly impressive on Sunday were T.J. Parker, a freshman from St. Joseph’s HS, and Aaron Spence from Trinity Catholic.

Other Individuals Who Shined This Weekend:

Trey McPherson, Connecticut Elite u15:  Just finishing his freshmen year and this young point guard has already matured quite a bit.  He did a very nice job of distributing the ball and running the team, while also picking his spots nicely to show his individual playmaking skills.

James Jennings, Connecticut Elite u15:  Has a tremendous burst off the dribble with a gear beyond what most others can match, never mind most other 15 year olds.  Once he learns how to finish at the rim at that speed he’ll be a tremendous offensive player.

Bryan Jones, Connecticut Hoopstars u15:  The rising sophomore from Christian Heritage stepped up for the Hoopstars all weekend long.  His biggest weapon offensively was his shot making from the perimeter but he has a well rounded floor game to show as well.

Billy McDonald, Connecticut Hoopstars u15:  The youngster made a little bit of a name for himself this weekend as he showed a nice combination of size and skill.  He no doubt has a successful career in front of him at North Haven High School.

Kevin Trotman, Connecticut Basketball Club u15:  It will be fun to watch this guy develop over the next few years as he has all the tools to develop into a very good player with size, athleticism, and what appears to be a pretty good skill package both inside and out.

Min Lin, Drive4Stardum u16:  Point guard who did a nice job running the team while also making big shots down the stretch of games including a couple of pull-up jumpers as well as a few dagger three-pointers on Saturday.

Ethan ODay, Drive4Stardum u16:  This was as good of a weekend as we’ve seen the young forward have.  He was aggressive offensively, consistently looking for his jump hook, and also made a couple of smooth moves going to his left handed side.

Gerald McClease, Connecticut Hoopstars u16:  McClease scored the ball in a variety of different ways when we watched.  He’s got some explosive athleticism that allows him to blow by his man from the perimeter and elevate over him from inside the paint.  Combine that with pretty good technique on his jumper and he’s got a bright future on the offensive end.

John Papale, Connecticut Hoopstars u16:  He put on a show in the semi’s and almost single handedly led his team to the finals with a series of pull-up jumpers and three-pointers.  Later on he began to show his all around game as he went to the rim and became a factor on the glass.

Justin Kuntz, Connecticut Gold u17:  Kuntz was absolutely on fire against CBC on Saturday evening as he tallied over 25 points.  He was pulling up off the dribble from behind the three-point line, slashing to the rim with his dribble, and getting out to score in transition.

Ronnie Underwood, Connecticut Basketball Academy u17:  He was his team’s best player on Sunday as he couldn’t be stopped from getting to the rim.  Not only does he have a quick first step, but he also has a very long first step, which gives defenders all kinds of problems.

Danny Lawhorn, Connecticut Select u17:  His speed with the basketball is simply unmatched by any other and every time you see him thread the needle while in first gear you get an idea of the potential that persuaded Boston College to pull the trigger on him.

Josh Turner, Connecticut Select u17:  He was the most effective player on the floor in Select’s semi-finals victory over CT Basketball Academy.  One way or another he was finding ways to get to the rim and finish, including terrific use of his left hand around the rim.

Steven Glowiak, Connecticut Basketball Club u17:  His strong spring season continued as he led CBC in scoring for three consecutive games heading into the final as he not only continues to shoot it well from deep but also does a nice job of attacking close-outs and getting out in transition.

Luke Matarazzo, Connecticut Basketball Club u17:  He went off in the fourth quarter of CBC’s opening round game against CT Basketball Academy, scoring 12 points in that 8 minute period with a series of strong moves off the dribble.  He finished the game with 25.

Saturday was an exciting day of action as more than a couple of games went all the way down to the wire and gave players the opportunity to hit buzzer beating shots.

Kevin Rivers, Connecticut Basketball Club u16:  His team was less than five seconds away from being upset by the Waterbury Ballers and when Jerome Harris missed a three-pointer it appeared as if the game was over.  But Rivers snatched the ball out of the air and quickly went back up only to be fouled as time expired.  With the clock reading 0.0, Rivers calmly stepped to the line and drained two free-throws to give his team a one point win.

Zach Askew, Drive4Stardum u16:  Drive4Stardum’s second game of the day on Saturday came down to the final possession as they were tied with the CT Hoopstars with just a few seconds left to play.  Askew, who normally stays inside the paint offensively, got an open look from 18 feet and he buried it as time expired to give his team the win.

David Shaw, Drive4Stardum u16:  After barely escaping the Hoopstars in the second round thanks to Askew’s heroics, Cinderella kept dancing in the third round.  This time it was Shaw who drained a 30 footer to give his team the win just as the final horn sounded.

Greg Langston, Connecticut Elite u17:  Langston drilled a step-back three-pointer with two seconds left on the game clock to crush the Connecticut Basketball Club’s u16 team (playing up as usual) in opening round action on Saturday.