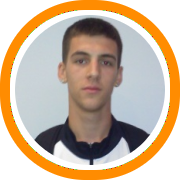 Mike Yagmin's third installment of the Connecticut Week in Review looks back on the week that was in the CIAC:

-The state was well represented at the Hoop Hall Classic in Springfield, MA this weekend but there was also some good basketball played earlier in the week as well. East Catholic (4-4) handed Windsor (8-1) their first loss of the season, 61-55, by controlling the tempo and using solid guard play to not only break the Warriors' press but their 7-game win streak as well. There are currently 10 undefeated teams left in CT, with St. Joseph (9-0), Hillhouse (10-0) and Hartford Public (9-0) leading the pack in LL, with Ridgefield (9-0) also among the unbeatens. In Class L, Wilby (8-0) is the only undefeated team left after Northwest Catholic (8-1) was handled by DeMatha over the weekend. Waterford, Enfield and Nonnewaug all sport 9-0 records heading into the Martin Luther King Jr. weekend in Class M, while Kolbe Cathedral (10-0) and Immaculate (9-0) are in front of the field in Class S.

-The usual suspects grace our coverage once again this week, led by North Haven's Billy McDonald who set a school record with 43 points in a 89-86 loss to West Haven. McDonald averaged 32.5 ppg for the week. Sophomore guard Gary Dudley hit nine 3's on his way to 34 points, only to be the game's second leading scorer in the West Haven-North Haven battle.

-Connecticut's best player, and arguably the best point guard to come out of the state in the last decade, Kris Dunn, packed up his New London team and took his show on the road once again this weekend, taking on NYC's Benjamin Cardozo HS in Manhattan. Dunn led the Whalers to an 80-76 victory and showed everyone in attendance why he's risen up every scout's recruiting board over the last year. Not only did Dunn score 35 points but he also pulled in 8 boards and dished out 7 assists in the Big Apple, as his battle-tested Whalers teammates proved that they'll proudly take on anybody, anywhere. As if those stats weren't impressive enough, Dunn scored 17 of his team's 25 points in the fourth quarter and sealed the victory with an emphatic slam in the closing seconds. The Whalers' best basketball might still be ahead of them though, as Dunn's maturing supporting cast has been feeding off his relentless energy and are taking notes on how to close games. Junior guard Keith Porter chipped in 16 points for New London in the win.

-While Kahlil Dukes is the leading scorer on his Capital Prep (9-2) squad, sophomore point guard Levy Gillespie Jr. has been filling up box scores quite nicely of late. In Prep's 50-point win over Parish Hill, Gillespie got a triple-double (his second of the young season) with 10 points, 10 rebounds and 12 assists. He followed that performance with a 23-point, 17-rebound game Putnam later in the week. Teaming with Dukes, Capital is already a nightmare for Class S opponents.

-Fairfield Prep improved to 9-2 on the season behind Terry Tarpey's 26 points in a 19-point win over a struggling Notre Dame-West Haven team. Earlier in the week, he exploded for 32 points and 17 rebounds while reaching the 1,000-point club against East Haven. Tarpey's inside-outside game has given opponents trouble throughout the season and he'll take his skill set to William & Mary next season.

-Kolbe Cathedral (10-0) was tested late in the week by a Brookfield (8-2) squad led by Danny Burkhart. Kolbe battled and led throughout before finally winning 53-48. D.J. Perry had 16 points while Ian Gardner chipped in 11 for Kolbe, the frontrunners in Class S.

-St. Joseph remained perfect following a win over city rival Trumbull (4-4). The Cadets got their usual output from James Jennings and Timajh Parker-Rivera as they scored 14 and 13 respectively but were ecstatic after a 16-point, 10-rebound game from big man Pat Hopkins, who is starting to come into his own. The big man has patrolled the middle with more confidence of late and his statistics -along with St. Joseph's big wins- are a direct reflection of that.

-Despite getting beat up by powerhouse DeMatha, Northwest Catholic (8-1) got a few tremendous performances from senior guard Zach Lewis last week. Lewis poured in 23 points against Conard followed by 15 against Simsbury before dropping 23 on DeMatha in the Hoop Hall Classic over the weekend. Lewis hasn't garnered as much attention as you think a 6'3" guard with a consistent jump shot and leadership skills to spare would but some D1 coach will be extremely happy to have him signed up sooner or later.

-Waterbury's Anthony Ireland has led his Loyola-Marymount squad to a 10-8 record halfway through the season, averaging about 15 points, 5 assists and 4 board a game while putting himself on NBA GM's Draft Board in the process. The 5'10" point guard is a Crosby (Waterbury) High School product who attended Winchendon for a post grad season.