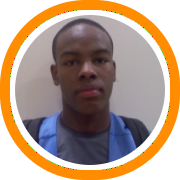 The Connecticut Top 50 Clinic is almost a right of passage for the best players in Connecticut.  Annually put together by two of the state’s most legendary high school coaches, Harding’s Charlie Bentley and Windsor’s Ken Smith, the clinic has drawn top talent from around the state every year since its inception.  This year’s event was no different as the field included a variety of talented prospects.

Timajh Parker-Rivera, St. Joseph’s – Just physically beyond most players in the field, when he drops his head and bulldozes his way to the rim no one here was going to get into his way.  He also had the block of the night, going body to body with Tafari Whitingham and coming down with the ball.

Kris Dunn, New London – Super smooth with the ball in his hands with great length for the backcourt, Dunn was able to effortlessly score the ball throughout the evening.  He got to the rim while drilling pull-up jumpers and three-pointers alike.

Tyrus Weaver, Putnam Science – The post-grad sported a new haircut but the same silky smooth jumper.  He caught fire at one point, rattling off five three-pointers in a row and capped off the run by bouncing up for a hard dunk when left uncontested on the break.

Bernard Brantley, Stratford – We like him more every time we see him, Brantley does a little bit of everything on the court and plays the game the right way – defending, sharing the ball, and taking high percentage shots.

Tom Bajda, Stratford – He showed a high motor throughout the clinic, going hard on both ends of the floor and constantly being around the ball.  His scoring came both by running and finishing on the break as well as with his mid-range pull-up.

Bryan Jones, Christian Heritage – Continues to come along at a consistent rate, Jones was very efficient on Thursday night, handling the ball and making good decisions while picking his spots to show his expanded offensive game.

Tafari Whittingham, Stratford – Transfer from Avon Old Farms gives Stratford potentially devastating three man core for next two years.  Undeniably talented with length, big time bounce, and some raw skill, Whittingham could be special if he learns to compete and play the right way on both ends.

Cane Broome, East Hartford – No matter the situation, Broome gets things done.  He glides by defenders with the ball in the open court but can change direction on a dime with his handle and is one of those guys who just has a knack for making plays.

Mike Mallory, Holy Cross – Able to score with either his drive or his jumper, Mallory was aggressive attacking the basket on Thursday, finishing strong off two feet inside the lane or bouncing up into pull-ups when the defense retreated.

Brandyn Benson, Career – He has turned himself into a legitimate point guard who can distribute the ball and set the table for others.  His fundamentally sound game also enables him to score the ball with a good handle and consistent outside jumper.

Garey Allen, Windsor – Scrappy guard who really gets after it defensively and forces opposing ball-handlers into turnovers, Allen made plays offensively in the open floor by constantly changing direction with the ball to keep defenders off balance and finishing with runners.

James Jennings, St. Joseph’s – An explosive guard who has quickness, bounce, a tight handle, and good court vision, Jennings can hurt the opposition in a multitude of ways.  He plays the game with flair and can make plays both in transition as well as the half court.

K.C. Hoff, Career – A physical specimen who can beast people inside the lane, Hoff is powerful and very productive around the rim.  He played his way into contact, bullying defenders with a drop step from the low post or a face-up jump stop off the dribble.

Danny Upchurch, Notre Dame – Tough and physical point guard who can pressure the ball for the entire length of the court, Upchurch locked up defensively.  Offensively, he got himself into the lane and finished very well with both hands against contact.

Arkel Miles, Notre Dame – He can be a load on the block with good footwork and a well developed face-up game, but was forced to step to the perimeter to get his touches which took him away from his sweat spots.

Keep an Eye on:

• Kenneth Armstead, Career – long and bouncy junior who made a pull-up and attacked offensive glass.

• Nasean Banks, Windsor – athletic senior guard who goes hard to rim and showed he could make an open shot.

• Earl Hassell, Career – vertical guard who got himself into the paint and finished with both hands.

• Steven Walker, Harding – bouncy sophomore guard who has physical gifts to be a player down the line.

• Cory Baldwin, Harding – athletic two foot leaper who has good speed in the open floor and goes hard at rim.

Jared Wilson-Frame and Levy Gillespie Jr. highlighted a small group of talented freshmen.  Both youngsters proved they were capable of holding their own against players three years their senior while Tyler Rowe, an undersized freshman guard from CT River ACA, also drew attention because of his first rate handle and ability to shake defenders.